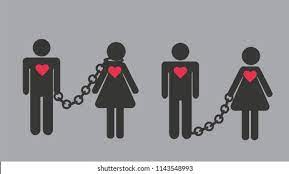 A 19-year-old girl In Northern Bahr El Ghazal State has filed a civil case against her parents accusing them of forcing her into marriage without her consent.

“Yes it’s true that Abuk Michael decided to take legal measures against her parent’s decision for trying to force her into unwanted marriage, and we all know that according to our constitution early and forced marriage are criminalized by law,” said Capt. Guot Guot Akol the state police spokesperson in an interview with The Juba Echo.

Akol said that the young girl was aided by the state ministry of gender, child and social welfare to open a legal case against her parents at the public prosecutor’s office.

He revealed that the police are investigating the matter and the case will be referred to the civil court.

Last Month the Director of Gender in the State Ministry of Gender, Child and Social Welfare Akot Angui Akot, said that cases of forced marriages are on the rise in the state largely driven by poverty.

“People are marrying off their daughters to get cows or money to support them financially,” said Angui.

He said that they have registered about 48 cases of forced marriage in the state between January and October 2022.