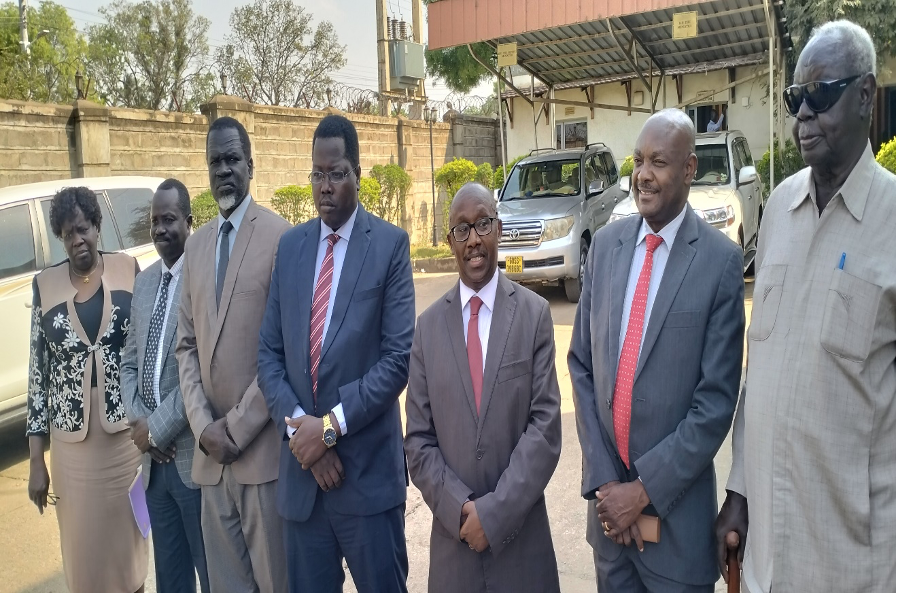 The NCAC Chairperson Gichira Kibara said that they come to see the minister of Justice and constitutional affairs in order to present the National Revenue Authority Amendment Bill which the committee had been working on since December last year.

“The national revenue as you are aware is the most important institution because its charged with the responsibility of collecting revenue which is used by the government for development inform of taxes, customs and various forms of revenue government needs from both the private sector and the citizens,” Kibara said after handing over the bill to the Minister of justice and constitutional Affairs Ruben in Juba.

He said that they have strengthened the office of the Commissioner General of the National Revenue Authority to do his work without fear.

“it’s important that the commissioner General  who is in charge of Revenue authority is being fully  empower to be able to collect the revenue and have authority to do his work without being  interference  with,  that is the part of the amendment were about, to strengthen the office of the commissioner General and also strengthen  the revenue authority as you are aware NRA all over the world face the challenges of people who don’t want to be tax and we must be able to ensure everybody pay taxes,” said Kibara.

Kibara added that with the new additional amendments to the bill, the NRA will be well placed to be able to collect all the revenue and account to all the people of South Sudan.

“We have also strengthened the provision for giving of the reports to the executive, and also to legislative assembly on the activities of the NRA, we have also secured the tenure of the Commissioner General he is able to do his work without fear of stepping on the wrong toes,” he disclosed.

Kibara said that if passed into law the bill will be one of the foundations for the economic development of the republic of South Sudan.

“This bill is very important but will help financial institutions like NRA to perform well, and also enhance them on how to manage revenue across the country, from the Justice Ministry we do appreciate the NCAC for what they have done and also waiting for more legislation related to finance sector,” said Arop.

Arop added that the NRA Amended Bill will be taken to the Council of Ministers next week and from there proceed to parliament.