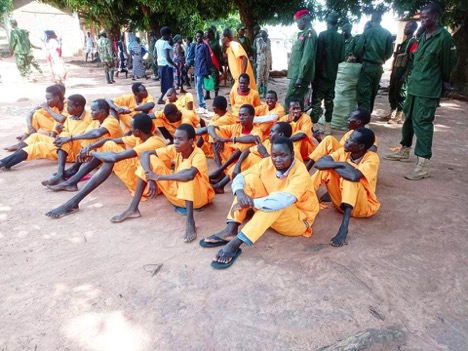 At least 20 army officers of the South Sudan People’s Defense Forces (SSPDF) have been handed long-term sentences for murder, rape and looting in Yei River County.

Col. Mayol Jiek, Deputy President of the General Army Court Martial on Monday sentenced the soldiers to jail terms ranging from two to 10 years after being found guilty of murder, rape and looting.

The soldiers received fines of between 250,000 to 1 million South Sudanese Pounds.

The soldiers arrested recently over murder, rape, and looting in the town of Yei first appeared in court on 3rd June.

“One suspect was charged 1.9 million SSP for injuring a child and sentenced to five years imprisonment. One suspect was acquitted for lack of sufficient evidence,” Mayol said while reading out the verdict.

The military court was established by the SSPDF top brass in 2020 to try soldiers accused of committing crimes against civilians in the County.

In October 2020, the court-martial in Yei sentenced 24 SSPDF soldiers to prison for committing sexual violence between 2019 and 2020 in Yei River.