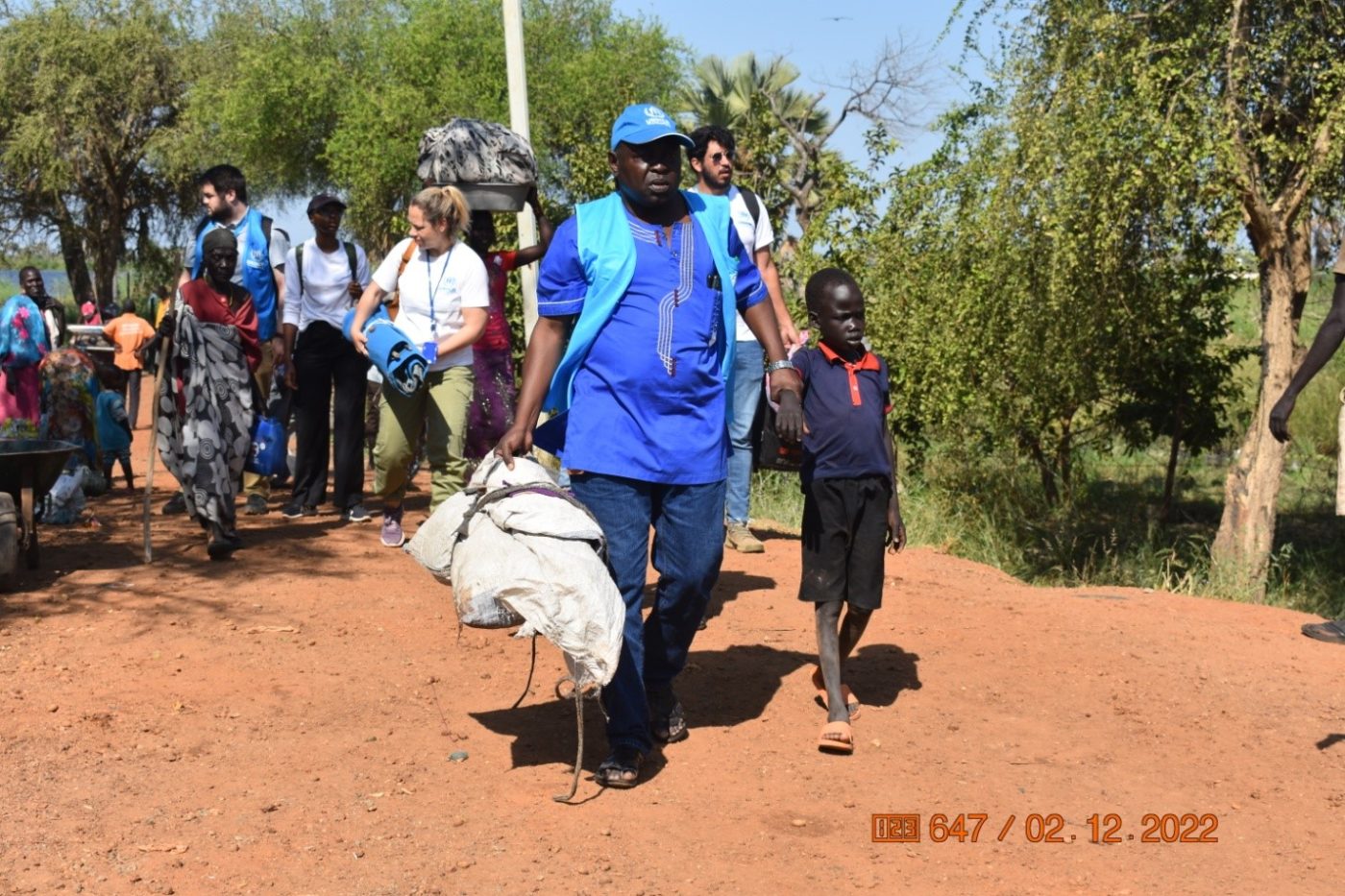 The ongoing fighting in Kodok village of Upper Nile State between rival opposition factions has forced an influx of new arrivals into Malakal Protection of Civilian site.

Among the 1400 arrivals include women, children and the elderly seeking safety in the camp amid ongoing clashes between SPLM/A-in opposition forces led by Gen. Simon Gatwech Dual and Agwelek militia under Gen. Johnson Olony.

“It took me and my children seven days to reach Malakal from Aburoc, I used plastic sheets to transport the children along the river to Malakal,” said Julia James, mother of four children upon arrival in Malakal on Saturday.

Malakal PoC is estimated to host about 38,000 internally displaced persons (IDPs). The new arrivals have been settled in six schools within the PoC.

James said several people including died due to drowning while fleeing the violence in Kodok.

“I have four children but we left their father in Kodok, we don’t know whether he is alive or dead,” she said.

James disclosed that her children have not eaten for the last seven days.

She appealed to humanitarian actors to provide them with food, shelter, and other essential needs.

The initial fighting began in Panyikang and Fangak Counties in July before escalating into heavy conflict by mid-August.

It started as factional fighting involving the SPLM/A-IO faction of Gatwech and Agwelek forces before dragging in later on armed youth in the white army Nuer dominated militia who are currently terrorizing civilians in Kodok.

Another new arrival, Lucia Oluak a mother of eight children described the situation in Kodok as terrible.

“Our situation is terrible, we don’t have food to eat we came here seeking for safety, we left a lot of people in Kodok their situation is also very bad,” she said.

“We left our food in the village but the attackers (white army) have taken control of the area and they are enjoying our food,”   added Oluak.

Amadi Ayok, a 28-year-old mother of 7 children accused the white army from Jonglei of committing civilian atrocities, including the killing of elderly people, children and women.

“The attackers comprised of soldiers and civilians killed a lot of people and separated many children from their parents,” said Ayok.

Kee Mathon, a boat driver who brought more than 100 families fleeing violence from kodok to Malakal said they spent three days on the way.

“I brought more than 100 people fleeing conflict in Kodok, I have spent three days on the water transporting displaced persons from Kodok to Malakal,” said Mathon.

He disclosed that many people remain stranded in Kodok.

Yannis William, Upper Nile State Chairperson for Relief and Rehabilitation Commission, said they are working closely with humanitarian actors to provide assistance to the new arrivals.

Paul Okoth Jok, Secretary for the IDP camp said the new arrivals have been settled in congested schools.

“The new arrivals have been settled in congested schools and their condition is very bad, and it is harmful to their health,” said Jok.

Jok said their presence in the schools is affecting the children’s studies, adding that children have been able to attend school nearly five months.

Luke Fadlallah, Acting Governor of Upper Nile State disclosed that they have allocated land to the new arrivals to ease overcrowding.

“We have provided two pieces of land to settle the new arrivals because the PoC is too congested and it can’t be able to accommodate them,” said Fadlallah.

“The humanitarian community has scaled up its activities, for example UNHCR we declared what we call level 1 emergency on September 26th,” said Jamal.

Jamal said that UNHCR head office in Geneva has recently released $4.8 million to help respond to the humanitarian crisis in South Sudan.

“Our headquarters responded by giving us 4.8 million dollars and with that money, we have purchased boats and motor boats to reach people,” he said.

In addition, Jamal disclosed they have already purchased tents and other essential commodities for the IDPs.