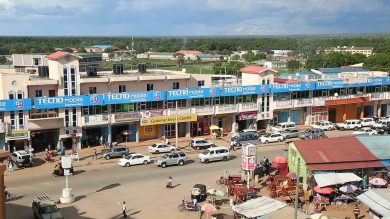 The City will have no power the whole day to allow for “annual preventive maintenance” on its power station and distribution networks, according to the power plant.

“From 6 am to 6 pm, there will be the annual preventive maintenance on Juba Substation and Distribution Network,” JEDCO said in a statement.

“Therefore, there will be total power interruption due to this exercise,” it added.

The Ezra Construction and Development Group operate a 100-megawatt power plant which provides about 33MW to capital Juba and surrounding areas.

The Juba City electric grid distributed by JEDDCO has connected 9,990 households, 3,550 businesses and 200 governmental institutions, according to local reports.

JEDCO and Ezra of recent, has been accused of imposing higher charges for electricity installation, and frequent power disruption.

In April, the two came under criticism from the public as they shutdown electricity supply for days over what it described as “lack of hard currency” for operations and unpaid dues by the government.

The whole Juba City went dark for more than 72 hours after the announcement of power shedding by the energy distributor, forcing doctors at Juba Teaching Hospital to use phone lights to conduct lifesaving operations, according to the local report.

The move alarmed the civil population as the supplier has already begun cutting some of the power routes.

In January, the company, (JEDCO) threatened to halt power supply if the government does not clear its arrears, saying that it was unable to facilitate its activities due to unpaid bills.

The company also alleged that the government has not been cooperative in executing the agreed payments.

It further claimed the government failed to provide foreign currency required for the purchases of fuel to run its generators at the station.

The move later prompted the Central Bank to allocate the company about three (3) million dollars every month to run its operations.

The plan was later suspended. Nevertheless, the economists’ had criticized the move by then, saying that such amount was extremely huge.

Capacity of the plant

The Juba electricity built by the Ezra group of companies in 2019 was expected to produce about 100 Megawatts Power in Juba by the end of 2021.

But according to the company, it has so far connected over 9,990 households, 3,550 businesses and 200 governmental institutions to the power.

The electricity is a USD 38 million funded project by the African Development Bank (AFDB).

However, the government is expected to take over the power factory in the near future, according to the agreement.

It was launched in 2019 as the first ever electricity with the aim of serving 100,000 households in the first phase of the supply.

While launching, President Salva Kiir said the country shall be connected to a 400 kilo waves (KV) line interconnecting Karuma in Uganda and Juba by 2023.

It was also said that the country will develop its hydropower resources at Fulla Fall in Nimule town.