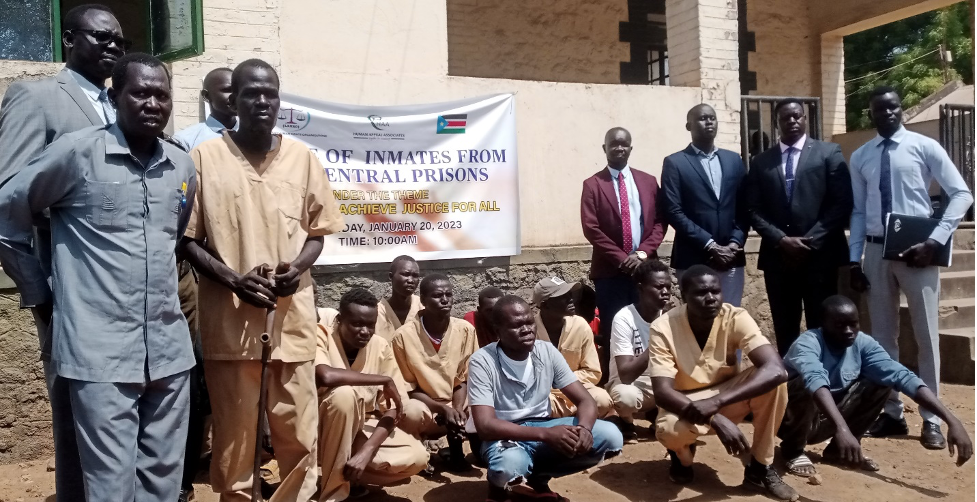 The Legal Aid and Human Rights Organization in partnership with Human Appeal Associates on Friday secured the release of 17 inmates from Juba Central Prison.

Leek John Alier, the Executive Director for Legal Aid and Human Rights Organization, said they will afterwards proceed to secure the release of another 50 inmates at the main prison facility.

Alier said that they will be working closely with the administration of Juba Central Prison to secure the release of more inmates.

“It is the first step, we have started with mild crimes and we will reach felonies, the released prisoners have different crimes, some of them started with stealing and ended with cases of robbery,” he said.

Kitab Augustino, the representative of Human Appeal Associates said they will facilitate rehabilitation process of the released inmates by supporting them to enroll for technical and vocational.

“We are going to take over the responsibility of the released inmates, we are going to rehabilitate them before they are integrated into the community,” said Augustino.

“This will be based on their needs, those who may want to take technical skills, Human Appeal in collaboration with its partners will make sure they attain necessary skills they need to start new life in their various comminutes,” he disclosed.

Edward Anyak Deng, the Administration Officer for Juba Central Prison appreciated the release of the inmates, saying it will help efforts to decongest the hitherto overcrowded facility currently hosting over 2700 inmates.

“We are happy for the 17 prisoners, some of them were in prison because of the failure to pay fines even after the jail term ended,” said Deng.

Reech Ring Bol, an advocate at Reech and Company Advocates called on the government to speed up court proceedings for inmates languishing in jail for committing petty crimes.

“Prisoners are suffering, some of them are in Jail over petty crimes, you find someone involved in finance-related crime, say a very small amount of money serving four years in jail,” said Bol.

“There are people who died in prison for simple reason, the state needs to accelerate court hearings,” he added.

The Juba Central Prison was initially built to accommodate 700 inmates but the number has grown beyond it’s capacity.