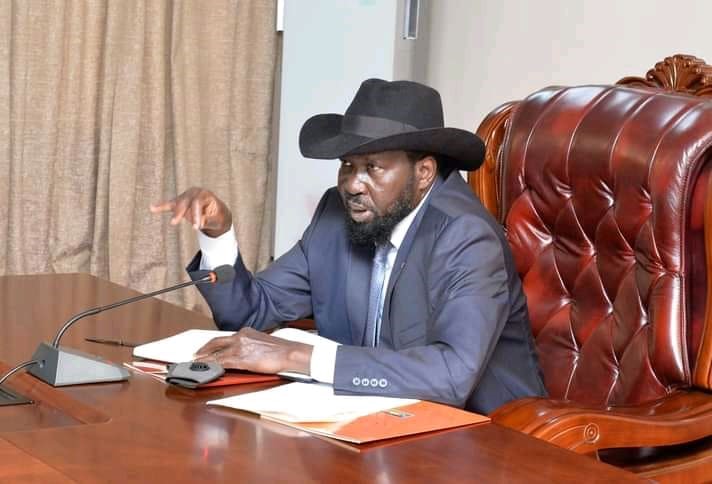 President Salva Kiir has threatened to pull out from the Rome peace process following the killing of travelers along the Juba-Nimule highway.
He blames one holdout group (SSOMA] for the death of two catholic nuns and three other passengers on Monday.

“The government may reconsider its position on the ongoing Sant’Egidio led Rome initiative. Our pursuit of an inclusive peace should never be taken for a weakness and used as a widow to kill the innocent (people). President Kiir said in a statement on Tuesday.

He said that The Government signed the Rome Declaration, the Recommitment to Cessation of Hostilities and the Declaration of Principles with the Holdout Groups with the goal of stopping fighting and saving innocent lives. Now the non signatories to the Revitalized Peace Agreement (the 2018 peace deal) continue to violate these commitments.

“It is with heavy heart that I convey my condolences to his Grace the Right Reverend Dr. Stephen Ameyu Martin Mulla, the Metropolitan Archbishop of the Catholic Diocese of Juba, and the Congregation of Sacred Hearts, and the families of Sisters Mary Abud and Regina Roba who were callously murdered yesterday on the Juba Nimule Highway. My heart also goes out to other three innocent civilians who died on this cowardly attacked”

The fact that sisters Mary Abud and Regina Roba were coming from the celebration of an important milestone of Christianity in our country: the centenary celebration of the Loa Parish did matter to these criminals. The responsibility for their death lies squarely on the Holdout Groups, and the Revitalized Transitional Goverment of National Unity condemns this act of terror in the strongest terms possible.