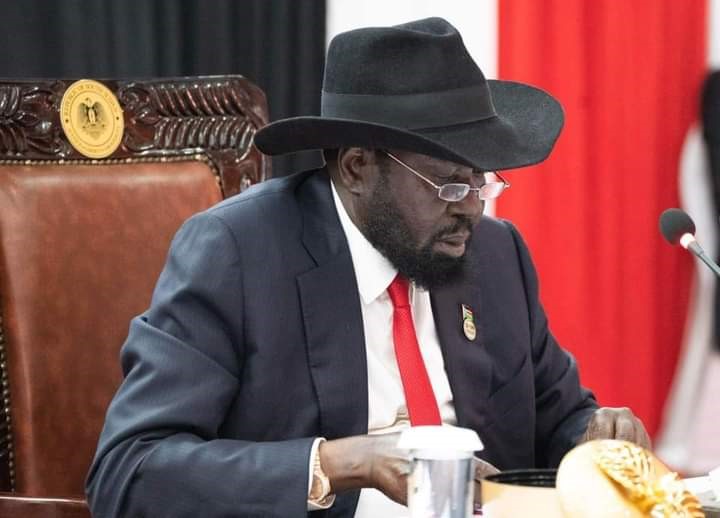 President Salva Kiir on Friday declared the reunification of the Sudan People’s Liberation Movement (SPLM) mission accomplished as the party seeks to fill vacant positions of some of it’s high ranking cadres who defected.

“Following the Arusha Agreement of 2015 between SPLM and other SPLM splinter groups, many of our cadres who signed the Arusha Agreement have returned to the party with exception of a few who decided to form their own political party, for that reason the party is now declared united and the implementation of the Arusha Agreement is now completed,” said Kiir while addressing the National Liberation Council (NLC) members of the party at Freedom Hall in Juba.

The 2015 Arusha Agreement mediated by Tanzania’s ruling Chama Chamapenduzi party (CCM) kick started efforts to reunite all splinter factions of the SPLM in the wake of outbreak of the December 2013 conflict.

The SPLM-in opposition (SPLM-IO) under First Vice President Riek Machar, and the Former Political Detainees alias FDs who were politicians arrested on treason charges following clashes between army factions in 2013 are the other signatories to the Arusha Agreement.

Kiir said the National Liberation Council meeting provides opportunity for the SPLM to renew itself ahead of the 2024 national election.

“The SPLM robust program which started early this year in 2022 has already laid down the foundation on roadmap for organization of the party, and actually of the grassroots support behind the party,” he said.

Kiir added that the meeting will empower him to fill the position of the deputy chairman and as well approve SPLM basic documents such as SPLM code of conduct, disciplinary procedures, and SPLM financial management, rules and regulations.

“The NLC needs to approve replacement of members of NLC who died, defected or incapacitated in accordance with recommendation of SPLM in the states and administrative areas, to approve the expansion of NLC from nominee list of 2008 by adding a few members for fair representation of states and administrative areas in the political bureau,” said Kiir.

Santo Malek Anai, the SPLM Deputy Secretary for Political Affairs and Mobilization on Wednesday called on splinter factions to stop using the party’s name to avoid hoodwinking the public ahead of upcoming elections in 2024.

“Riek Machar has already established his political organization which is known as SPLM-IO but again we urge him to rename his child, let him rename his new political party IO not SPLM-IO,” said Anai during press conference held at the SPLM national secretariat.

However, Puok Both Baluang Spokesman for SPLM-IO downplayed Anai’s comment, telling this newspaper that no particular faction of the liberation party could claim it’s full ownership since they are all bound to implement the 2015 Arusha reunification Agreement.

“Our suggestion as SPLM-IO regarding the SPLM and it is on record according to Arusha agreement that no one faction can claim authority over SPLM, we are a faction of SPLM, the SPLM is a component of three SPLM, the SPLM-IO,SPLM-IG and Real SPLM, the SPLM-IG cannot claim ownership of SPLM party,” said Baluang.