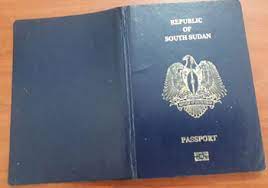 Kenya has waived visa payment for South Sudanese, noting in a statement that South Sudan has also taken a similar step.

South Sudanese holding a valid passport issued by the government will no longer need to require a visa for entering the Republic of Kenya, the Ministry of Foreign Affairs said in a statement issued on Monday said.

“Premised on the principle of reciprocity, the Republic of South Sudan has also waived visa requirements for Kenyans wishing to visit their country,” the Ministry said.

According to the Ministry of Foreign Affairs of South Sudan, no official communication has been made.

The deal will enable the citizens of the two sisterly countries to enjoy regular travels with no visa cost.

In January this year, the Kenyan government exempted South Sudan from a list of 100 countries whose citizens must make an online visa application.

This was after South Sudan’s Foreign Affairs Ministry complained to the Kenyan authorities, pleading for special consideration citing poor digitalization.

At least many South Sudanese live in Kenya as others travel to, for either studies or other businesses.