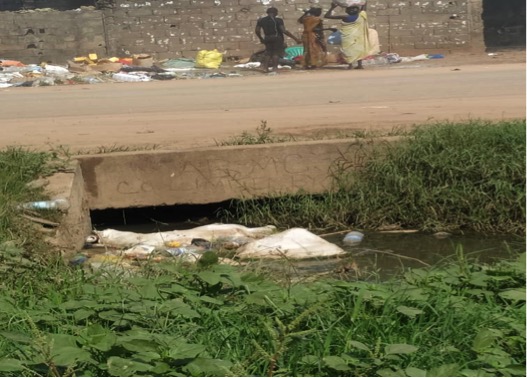 Residents of Hai-Malakal suburb in South Sudan’s capital have castigated Juba City council for using their area as a dumping site for garbage.

Dumping garbage here has full capacity to cause disease outbreak especially cholera and malaria because of stagnant water surrounding our homes, they told this website.

The community added that, their attempt to engage Juba city council and the environmental department to do something about the garbage has since been landing on deaf hears.

Mrs. Poni Alex and three others who asked not to be named due to fear of reprisal said there are individuals within Konyo-konyo market who have been dumping rubbish in this area nearly for over two years now.

She revealed that, they reported the matter to environmental department headed by Chief of the area and nothing was done to rescue the situation hitherto.

“The team from environmentntal department led by Shiek hila (Area chief) who also works with Juba City Council came here to witness the living conditions we are in and we have not realized any response as yet”, she exerted.

Some of these residents who declined to be named due to security reason claim that their area is not designated as a garbage site and sent a vociferous call to Juba city council to make prompt response to address this their important concern.

“The rubbish is mainly coming from traders of Konyo-konyo market, this must stop because it is causing sickness to us. Four of our children are now suffering from diseases they caught from the stagnant water around the rubbish”, they complained.

The residents who urged the authority to deploy police to stop further piling of the garbage also appealed for immediate diversion of the flow of this dirty water which is currently launching havoc in their homes as its ways have been blocked by the garbage.

“We demand that City Council should remove this garbage or open water pathways for water to flow out than flowing into our living rooms,” they expressed.

Repeated trials by this publication to obtain a comment from Juba city council yielded no fruit.

Some parts of South Sudan continue to look very dirty despite a recent move by Juba city council to launch projects like keep Juba Clean and Juba Go Green to keep the city clean.