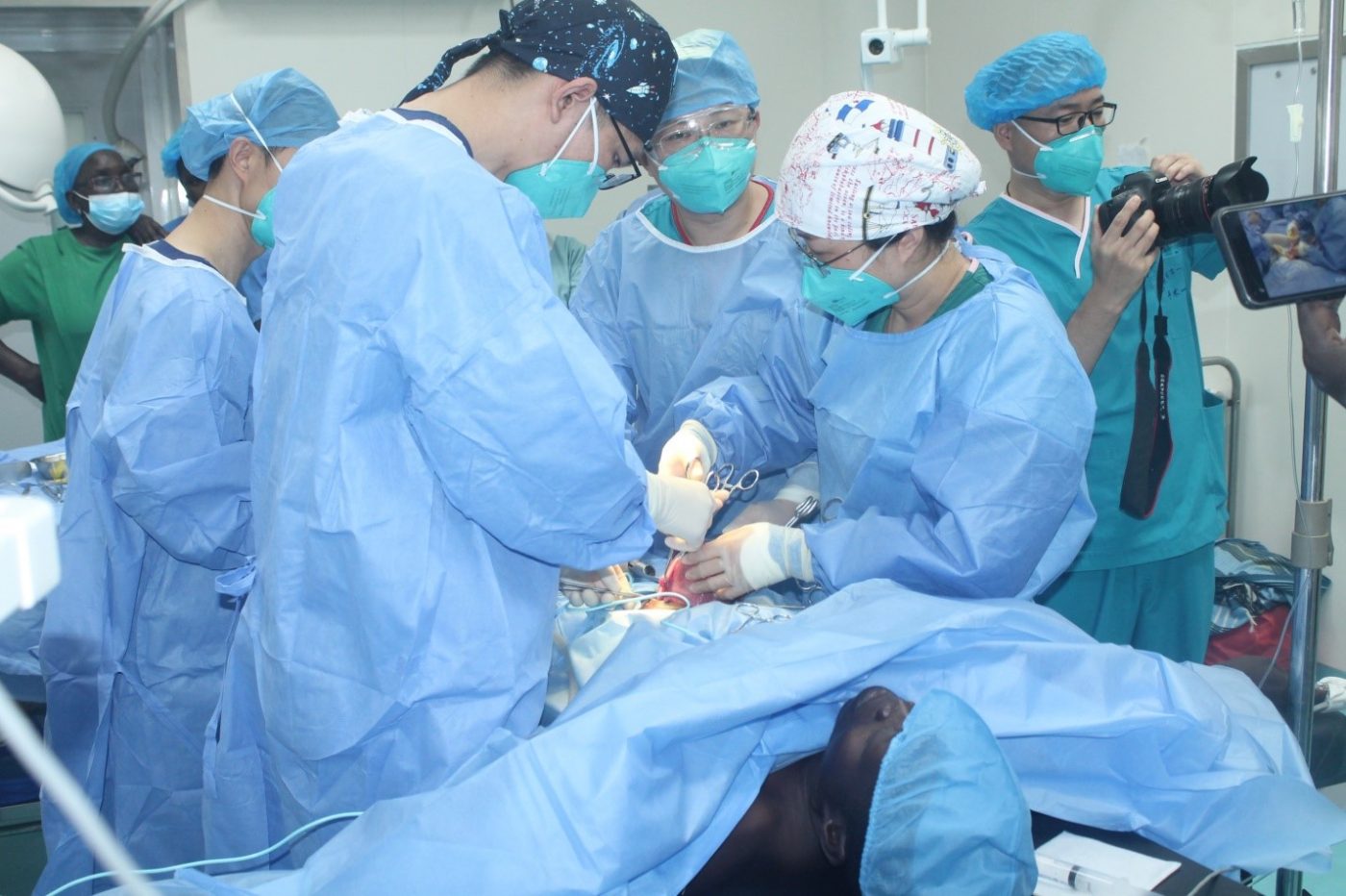 A South Sudanese woman who endured persistent vaginal bleeding for period of ten years unaware of her ailment has been successfully operated upon by the tenth batch of Chinese doctors and their South Sudanese counterparts.

Jennifer Awate, a 49- year-old resident of Nyakuron suburb in the capital Juba, was not aware for decades that she had multiple uterine myoma, cervical myoma and severe hemorrhagic anemia.

A trip on 31st October to Juba Teaching Hospital (JTH) where the Chinese medical team is based made doctors to detect her serious condition a little too late.

“Now she is stable after the operation and she will never bleed again, her pain is now minimized by the help of the Transversus abdominis plane block (TAP block),” Ayit Wany Wany, a 32- year-old anesthetist who helped Chinese doctors during surgery told The Juba Echo.

“She has experienced vaginal bleeding for many years which has caused her anemia. She will undergo blood transfusion and after this she will be fine,” he added.

Wany said he has witnessed about 20 cases of such conditions which always end up with the removal of the uterus.

Yao Huiyu, a surgeon with the Chinese medical team who led the operation, said they relied on hysterectomy and salpingectomy surgical procedures on the patient.

Hysterectomy is a surgical procedure to remove the womb, and salpingectomy is the surgical removal of one or both fallopian tubes.

Yu Yongqi, anesthesiologist who helped relieve pain for the patient during surgery, said the Transversus abdominis plane block (TAP block) is critical to relieve pain among patients who have undergone surgery because they tend to suffer from severe pain.

“In Europe, China and United States doctors seek ways to care for patients not only in the operating room but also after the surgery,” said Yu.

Yu also emphasized to South Sudanese doctors the importance of adopting Enhanced Recovery After Surgery (ERAS) which is a new surgery protocol that streamlines patient processes before, during and after surgeries.

The program aims to shorten the length of stay for patients and facilitate early mobility and recovery while improving outcomes and patients’ overall experiences.

Since the independence of South Sudan in 2011, Chinese medical teams have been offering free medical services as well as capacity building for local health workers and medical students.