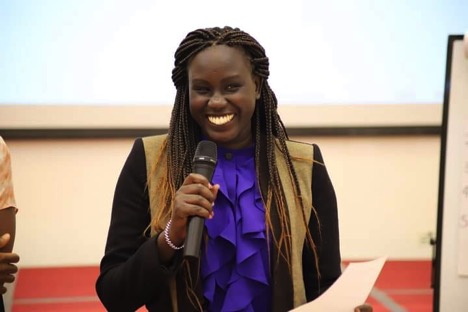 Magot was arrested last week while covering protest by youths at Konyo-Konyo market demanding government to address the rising costs of fuel, food and other essential commodities in the market.

“We appeal to the authority in charge to release her and hand over her case to the Media Authority who should handle it through dialogue,” the female journalists’ network, said in a statement addressed to Malakia police where Magot is being detained since Sunday.

“She was only doing her job as a journalist. We are told that at the time of her arrest, she was found without any ID to prove that she was a journalist,” it added.

It further requested the Malakia police to cooperate by transferring Magot’s case to the South Sudan Media Authority.

Magot is being held in polices custody alongside six other demonstrators.

The Union of Journalists of South Sudan (UJOSS) led by Oyet Patrick Charles, said it is following up Magot’s case with police.

“The lawyers have prepared a bail application but that could not be submitted unless investigation was complete,” UJOSS said.