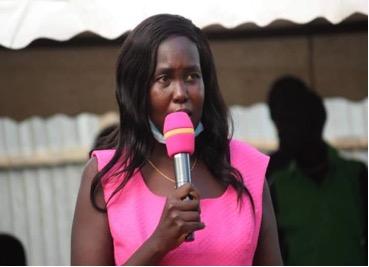 The Jonglei State’s Health Ministry has ordered for screening of all the private clinics, pharmacies and drugstores in Bor Town. All medical facilities are required to present licenses and staff’s qualifications for verification before May 24.

Atong Kuol Manyang, the Health Minister told Juba Echo in an exclusive interview on Wednesday that the exercise would help the authorities to evaluate the capacity of private health facilities in the State.

“When we look at our health system, for instance, clinics, pharmacies and drugstores then we see that these are places most of our population goes to, and if they are in right conditions giving proper services then we would have more healthy community.

“So it is important that they are regulated because whatever services they provide are part of our system and majority of our people get treated from there,” She explained.

Last month, the State health authorities formed a technical committee to assess health facilities in parts of Bor County, to found out that 56 health care facilities do not have operational licenses.

Out of 109 facilities assessed, the report says it only confirmed 53 to have had operational licenses. Other 53 do not have licenses and other three had expired licenses.

In the same assessment, it was discovered that some workforce in the pharmacies and drug stores were not qualified.

According to the survey, such people were either small children or unqualified group without medical backgrounds.

Ms. Manyang said “we cannot just allow them to operate the way they like because the people that will be affected by poor services would not be their responsibility”

However, in 2018, a child died in one of the private clinics in Bor Town after she was allegedly injected with a wrong medicine.

But, the health official revealed the screening was part of regulation to make sure that those pharmacies, clinics, drugstores were operating legally and that the qualified people were put onboard to avoid the past occurrences.

She warned that the operations for some facilities would be ceased from next week.

“By Monday May 24, if any pharmacy, clinic, drugstore hasn’t put the requirements in place then the Ministry will take legal measures.

“It will involve the State’s legal department and police and even in some cases, some of them could be closed especially those who are not respecting what they are told to do so,” Ms. Manyang concluded.

She added the Ministry was considering reaching out to other eight counties in the State to make sure that the exercise was applicable to all.

According to the Minister, it was better to focus on preventive measures than waiting for people to be affected.

The Union of Private Clinics in Bor Town has accepted the proposal.