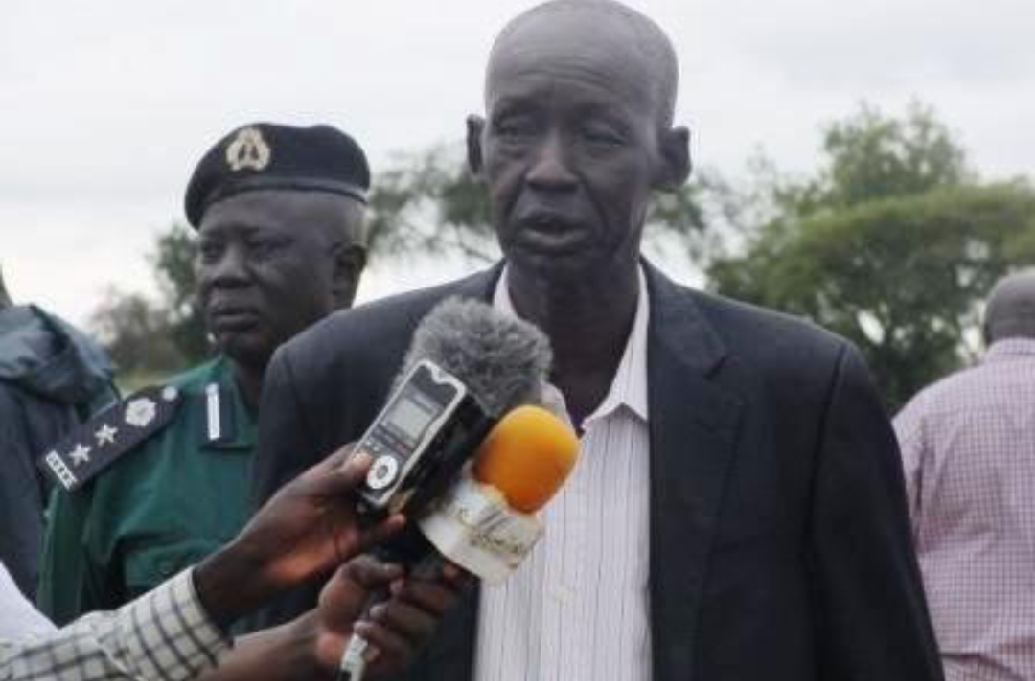 The deputy governor of Jonglei State, who is also the chairperson of South Sudan’s ruling party SPLM in the state, has sacked the Bor City Mayor Dr. Agoot Alier from the ruling party. The governor of the state, Denay Jock Chagor has however, issued a press statement saying he is maintaining Dr. Agoot as mayor of Bor.

Amb. Antipas Nyok Kucha issued a State’s SPLM order 004/2021 for dismissal of its member dated May 13, the Mayor of Bor was appointed into office in March this year. The deputy governor didn’t specify the reason behind his decision.

The sacking comes days after alleged petition addressed to President Kiir accused the deputy governor of creating division within the party in the State. That petition against Amb. Nyok is believed to have been written by some SPLM party members in Bor.

The petition accused Amb. Nyok, the party’s Interim Chairperson in the state of turning the State’s SPLM Chapter into a family enterprise.

The sacking of Dr. Agoot Alier was expected to mean he was also sacked as the Mayor of Bor City since the political appointees in the current government have all come through political parties, however, the governor of the state says he wants to maintain Dr. Agoot as mayor of Bor City.

When, Dr. Agoot Alier was appointed as the Mayor about a month and half ago, Amb. Nyok said he wasn’t consulted for Agoot’s appointment.

He later on threatened to resign if Dr. Agoot was sworn-in, but Mr. Denay Jock, the Governor went ahead with the process and have Dr. Agoot sworn into Office.

“When Agoot was appointed, Amb. Nyok didn’t want him to take up the position; the priority names submitted were two. These include Dr. Angok Gordon and Dr. Mach Martin Majier, but Nyok’s favorite candidate was Dr. Angok Gordon,” a reliable source who preferred anonymity within Jonglei government disclosed on Friday to Juba Echo.

Last week, Jonglei SPLM Internal Bureau led by Amb. Nyok summoned Dr. Agoot Alier, to explain details regarding his appointment but the now sacked SPLM member (Mayor) didn’t comply with the order. He was given 72 hours and still he didn’t appear before that committee.

On Tuesday this week, a committee was instituted to order Dr. Alier to appear before it but the mayor didn’t heed to the call.

“He was given 24 hours to appear before the committee but Dr. Agoot rejected the call arguing that the committee was also full of youngsters who could not summon a senior member of the party,” the source revealed.

“Not that, if it is because of food sale then everyone is affected even members in the Office of the Governor. It is not that issue. His sacking is purely political. He (Dr. Agoot) does not comply with Amb. Nyok’s orders,” the source added.

State’s SPLM side of the story

Amb. Antipas Nyok, the deputy governor couldn’t pick up more than 10 calls when reached for an interview regarding the Mayor’s sacking.

Who is Dr. Alier Agoot?

Dr. Agoot Alier Leek is an elder in Jonglei State.

He was appointed the Bor City Mayor in March this year after the State’s government formation.

But before his recent appointment, Dr. Agoot served in various positions in the State.

He served as Bor County’s Commissioner from September 2012 when Commissioner Maker Lual was relieved. He also served as the Director General of the State’s Health Ministry and advisor on land utilization.

He later on became the Jonglei state deputy governor during the time of Governor Philip Aguer Panyang and was relieved in 2019.

During the tenure of Office for Governor Maker Thiong Maal, Dr. Agoot was the Governor’s advisor.