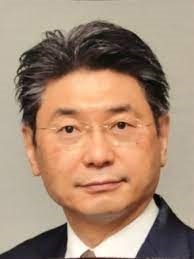 Happy Independence Day!Omedeto-gozaimasu! On behalf of Japan,I would like to offer you sincere congratulations on the 10thanniversary of South Sudan’s independence.

I also welcome recent positive developments in the peace process such as reconstitution of the Transitional National Legislative Assembly (TNLA) and the beginning of constitution making process. I am confident that the peace process will be further expedited and the economy accordingly will take off in South Sudan.

I think now is a good time for us to take a look back on the past 10 years of relationsbetween Japan and South Sudan. As you know, Japan has been actively supporting South Sudansince its independence.  Over 700 million US dollars was mobilised for and more than 4,000 Japanese nationalstook part in assisting South Sudan’s effort for durable peace and nation building. But for what causes? Support for South Sudan is not only good to South Sudan but also in the interest of Japan. There are five key cases;First, Japan’s core foreign policy “Proactive Contribution to the Global Peace.” Japan makes contribution to an endeavour for peacebuilding in cooperation with the international community however far it is from Japan. It is because every single peacebuilding effort is closely connected to the entire global peace and stability, which is beneficial to Japan, too. Second, Human Security.This is the concept that every single human being is entitled to live a safe, healthy, dignified, fulfilling life, and should be allowed to develop his or her ability to the maximum extent possible.Japan firmly believes that Human Security must be achieved for the people of South Sudan, who have suffered civil wars for decades. Third, the regional stability in East Africa. South Sudan’s peace and stability is closely linked to those of neighbouring countries as well as to the entire East Africa which is a gateway for Japan to African continent.Fourth, bilateral cooperation between Japan and South Sudan in tackling global issues, such as rule-based international order, global health, environment,etc. Fifth, active business and cultural exchanges.Though there are only a few businesses taking place between our countries at the moment, as the security and economic infrastructure improve, there will be greaterpotential for such exchanges.

I believe that Japan’s support to South Sudan so far had good and visible results.Japan’s assistance contributes to progress of the peace process, development of infrastructure and human resources, and job creation.To name a few, Japanese contingent (engineering unit) was dispatched to UNMISS from 2012 to 2017, and 4 staff officers have been dispatched to UNMISS from 2012 to present. Japan has supported formation of Necessary Unified Forces through construction of boreholes and in-kind assistance for cantonment and training sites across the country as well as DDR facilitation programme.Freedom Bridge and Juba Water Supply Project are good examples of economic and social infrastructure development. These projects are expected to be completed in July 2022 and February 2023 respectively.Japan’s infrastructure project has capacity building elements built in such as delivering technical assistance and promotinglocal employment opportunities. I hope that Japan’s assistance is an investment to promote business and trade partnership between Japan and South Sudan in a longer term.Another example of human resources developmentis the rehabilitation of Upper Nile University, which was completed in May this year.  As for the future direction of bilateral cooperation, in addition to the above mentioned five causes, the Government of Japan is working to revise the Country Development Cooperation Policy for South Sudan which lays down Japan’s development assistance policy tailor-made for South Sudan.  Under the revised policy, better reflecting needs, priorities and realities on the ground, we hope to work, together with the South Sudanese, to deliver projects and activities to further promote peace and nation building in the country.

While imagining beautiful future of South Sudan, there are things happening in this country, which I do not understand.  I feel extremely sad whenever I see news that innocent people are killed or injured. Victims of such killings include South Sudanese humanitarians who are working to help the fellow citizens in desperate need. I am totally at a loss of it.  It is simply unacceptable. I sincerely hope that Human Security will be secured in this country where every single life is fully protected, dignity respected and every single individual is allowed to unleash his or her unlimited potential for pursuing a brighter future. I am also puzzled with the salary unpaid for civil servants.  Needless to say, it is critically important that public servants be properly paid in order to sustainably deliver basic social services to the people, which are providing the basis for the Human Security.

Dear South Sudanese friends, In addition, I would like to underscore the importance of self-help effort and ownership of South Sudanese in order to keep the level of Japan’s commitment to assisting South Sudanin the peace process and nation building. We need Japanese people’s confidence of what the Government of Japan is doing in South Sudan and what impact it has and why? In this regard, it is essential that security level improve significantly, the peace process move forward steadily, in other words,  make concrete and tangible progress in the implementation of the R-ARCSS. As long as this would continue, I am sure that Japan’s support to South Sudan towards success of the peace process and economic development wouldcontinue, because the Japanese people always cheer up those who help themselves and are happy to extend their hands to such people.

Dear friends, let me remind you of one of the characteristics. We, the Japanese, enjoy welcomingvisitorsfrom afar. Since October 2019, South Sudan track athletes arein the City of Maebashi, Gunma Prefecture for a long-term training for the Tokyo 2020 Olympic and Paralympic Games. These athletes are welcomed by the locals and they are learning the language and the local culture, in addition to their training. This exchange, though it is small, is building a bond of friendship between our countries.

While assuming that the last ten years history of this young country has not been an easy path but rather tough one to you, I would like to offer utmost respect to your last ten years struggle for seeking a better future. With your strong determination for peace, passion for development and strength and resilience, I am sure, you will open a new page of South Sudan’s history filled with peace, prosperity and dignity.

Again, Japan will always stand with you. I look forward to seeing the strengthened friendship between our countries and peoples in the next decade.