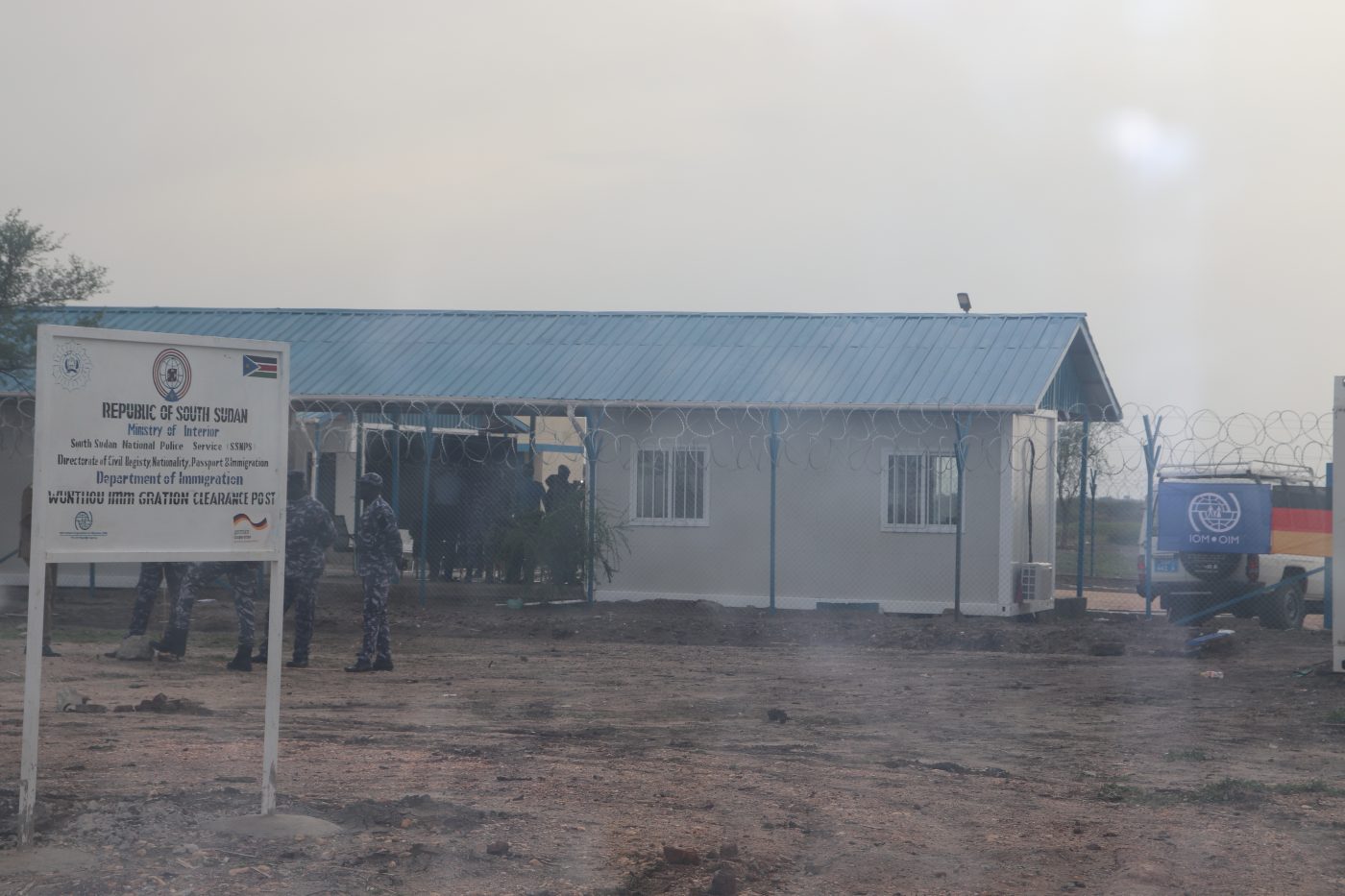 The fully furnished immigration clearance received by the government on June 29 includes a four-room accommodation prefab for migrants, a waiting space, and three gender desegregated latrines.

The border post in Wunthou—Renk County of Upper Nile State was constructed by IOM with support from the Government of Germany.

“The opening of the border will create new opportunities for cross-border trade flows and movement of people (migrants, returnees and citizens), but it is also vital to ensure authorities are able to manage border flows and promote peace and security at the border in line with achieving Goal 10.7 of SDG,” said Kristina Uzelac, IOM’s Acting Head of Operations.

Despite Sudan and South Sudan being separated by contested international boundaries, communities frequently cross borders, goods are being traded between the two countries, and many of the communities in the area have cross-border linkages.

South Sudan has a total of 26 official borders across its administrative territory. Six of those are located in Renk County border Sudan, namely Wunthou, Magenis and River port.

“Wunthou border is a connector between Sudan and South Sudan, and it is important this border crossing point is well-managed along with providing services to address the needs of migrants, refugees, and citizens who may need assistance while crossing the border,” said Tobias Eichner, Ambassador of the Federal Republic of Germany to South Sudan.

“Cross-border trade and seasonal migration represent a vital source of livelihood for populations in this area. The northern borders are also important routes for transporting humanitarian lifeline supplies such as food and medical supplies, an important route for both Sudan and South Sudan’s peoples,” stated Lt. Gen. Dr. Olaw Adiang, the Assistant Inspector General for Border Police, who represented the Minister of Interior during the handover ceremony in Renk.

As an indispensable part of well-managed borders, a community policing programming has been established in three Payams of Renk County. The Police Community Relations Committee (PCRC) is a police-community forum where discussions on security risks and how to mitigate them are held. Two out of three PCRCs are led by women. A groundbreaking achievement as PCRC leaderships are normally held by men.

“We are (Germany) supporting the Government of South Sudan in particular the Ministry of Interior in its goal to manage borders in a safe, well-managed migration by providing institutional support such as strengthening capacities of officers in charge of managing the borders, supporting with functioning infrastructure at the borders as well as strengthening of Ministry’s program on Community Policing at the borders,” said Tobias Eichner, Ambassador of the Federal Republic of Germany to South Sudan.

“I certainly hope the reopening of the borders when that happens, will drive more economic and development in Renk County and beyond. South Sudanese refugees who wish to return can be facilitated and further collaboration among South Sudan and Sudan can be enhanced not only to facilitate economic prosperity but also to combat transnational organized crimes,” said the representative of the Minister of Interior.

The intervention through a two-year project—aims to strengthen peace, security, and protection at the northern borders of South Sudan, as well as sustainable development through strengthening border management, and engaging inclusive community participation is funded by the government of the Federal Republic of Germany.