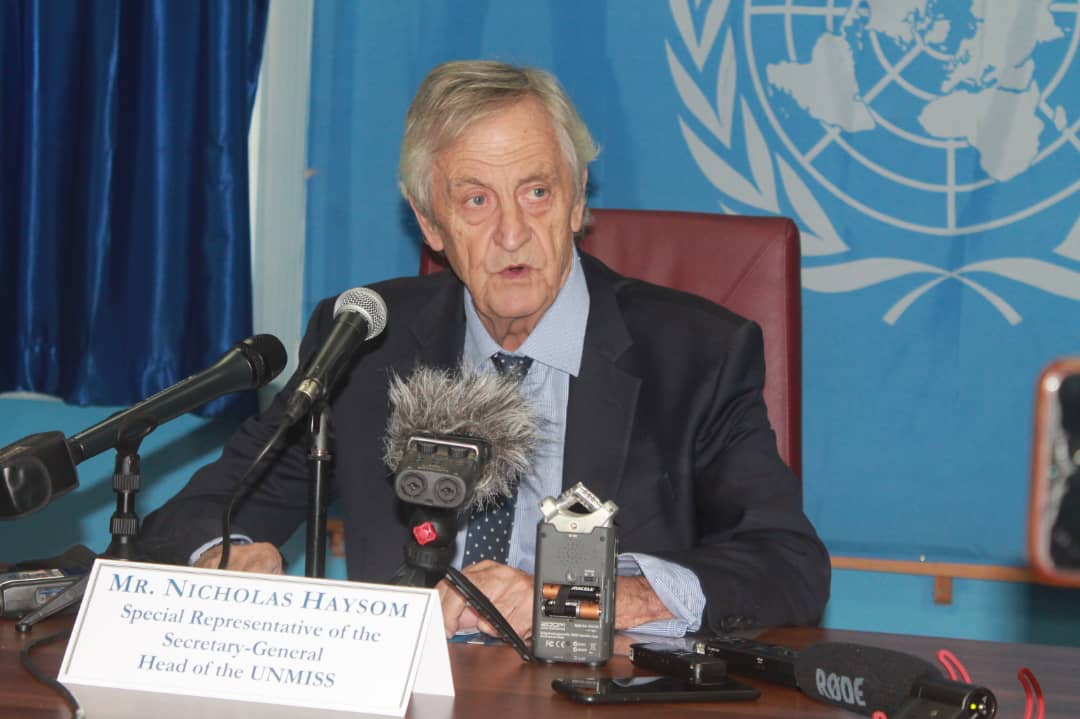 The increasing inter-communal violence in South Sudan has continued to obstruct the realization of durable and sustainable peace in the World’s youngest nation, a Senior UN official has said.

Speaking at the UN Security Council on Monday in New York, Nicholas Haysom, the Special Representative of the Secretary-General for South Sudan, said more than 80 percent of civilian casualties were attributed to inter-communal violence and community-based militias in the country.

“I would like to highlight the pervasive insecurity, in particular, inter-communal violence, which continues to obstruct the realization of a durable and sustainable peace in South Sudan,” he revealed in New York.

The UN Mission’s Chief said although the clashes between political parties have significantly reduced; the current outbreak of inter-communal violence could threaten the 2018 peace accord.

“UNMISS Force continues to interrogate its own impact or the impact of its own response to these threats and its commitment to being a highly mobile force and in a highly mobile posture,” Mr. Haysom narrated.

He disclosed that the Mission will deploy UN Peacekeepers in hotspots areas to help mitigate the continuous violence.

“Deploying, often preemptively, to conflict hotspots, the UNMISS Force has maintained a presence in strategic areas during the rainy season, enduring extreme weather conditions. These initiatives, among others, have contributed to some reduction in violence compared to the previous year,” the South Sudan’s UN Chief revealed.

According to Haysom, the deep-rooted insecurity has hindered the cultivation of crops as it has also contributed to a vicious cycle of livestock raiding.

“Many communities are dangerously in shortage of food supplies in places such as Warrap, Lakes, and Jonglei, to name but a few.

“Meanwhile, in the Equatoria, the National Salvation Front, and the South Sudan People’s Defense Forces remain engaged in intermittent armed conflict,” he concluded.

Several previous reports have indicated that different inter-communal clashes and road attacks in most parts of the country were threatening South Sudan’s peace agreement.

“And it is extremely sad that the government is not improving the security situation across the country. In the villages, insecurity has continued to be reported and this is threatening the peace agreement,” said Mr. Peter Malir Biar, South Sudan-based activist, who works as an Executive Director at Christian Agency for Peace and Development (CAPaD).

According to Malir, it was the high time for the unity government to improve the security situation across the county