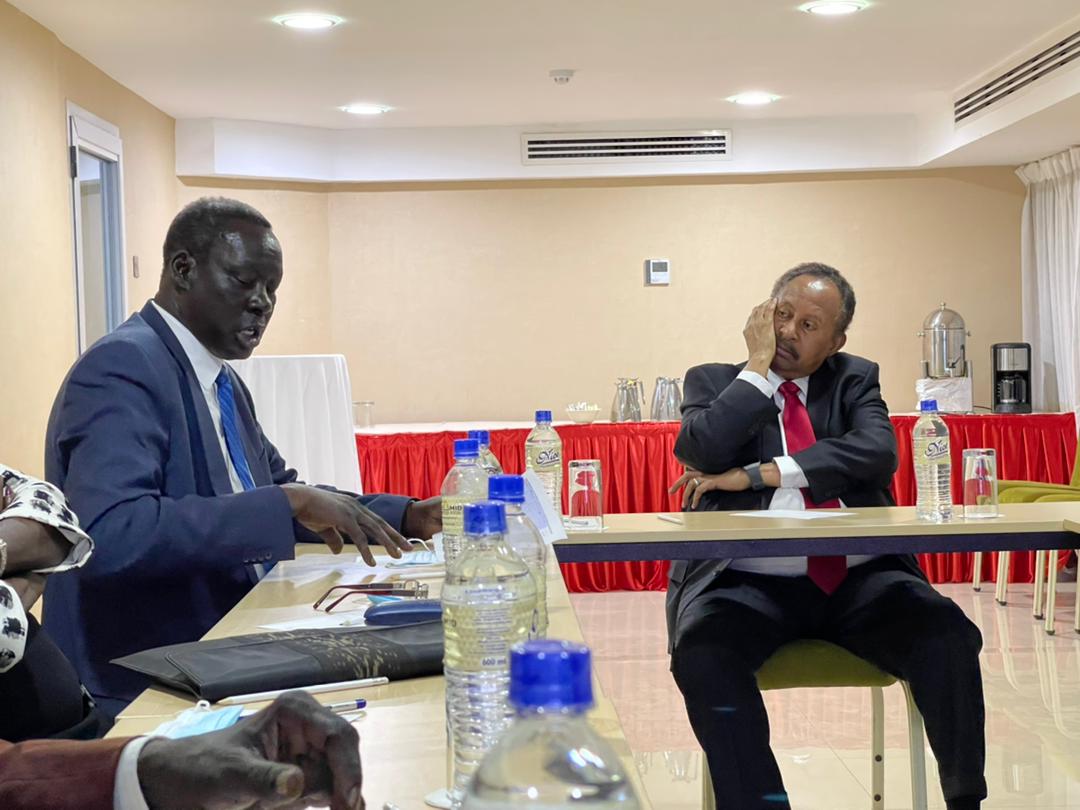 Dr. Abdalla Hamdok, Prime Minister of the Republic of the Sudan and Chairperson of IGAD, accompanied by Ministers of Defence, Foreign Affairs, Trade, Transportation and the Governor of Central Bank of Sudan, and other senior Government officials concluded a three-day official visit to Juba, today Saturday, 21st August 2021,.

The visit was preceded by an advanced delegation headed by the newly appointed Special Envoy of Sudan for peace in South Sudan.

The visit comes in the context of continuous consultation between the leadership of the two sisterly countries focusing on the following issues:

The two parties confirm the importance of the role of Sudan in the peace process in South Sudan (Revitalized Agreement on the Resolution of Conflict in South Sudan – R-ARCSS) as a Chair of IGAD and the role of the regional guarantors as well. In this regard, the two parties engaged in the difficulties facing the implementation of the R-ARCSS and agreed to continue on their engagements until final positive results are reached.

The two parties engaged in extensive meetings and candid discussions on all aspects and fields of cooperation. The talks were carried out in a positive atmosphere underpinned by strong political will that enabled the two sides to reach agreements on the following:

The two parties also confirm the necessity of the continuation of the role of the Republic of South Sudan, as the guarantor of the peace agreement in Sudan, (Juba Peace Agreement – JPA), and reaffirmed commitment to work together in supporting and facilitating the smooth implementation of the respective Peace Agreements, and to bring non signatory parties to the peace process.

The two sides discussed the current regional situation and they affirmed their commitment to regional peace and stability and the role of IGAD in ensuring regional cooperation and promoting the joined efforts to address the current challenges facing the region. In this regard, the Prime Minister of Sudan had the opportunity to meet IGAD Ambassadors accredited to the Republic of South Sudan.

His Excellency Dr. Abdalla Hamdok, Prime Minister of Sudan and Chairperson of IGAD, expressed his gratitude and appreciation to the people and the Government of the Republic of South Sudan for the warm reception accorded to him and the accompanying delegation. The two sides affirmed that the relations between the countries can only be strategic and together they can achieve peace and development within regional framework of cooperation.