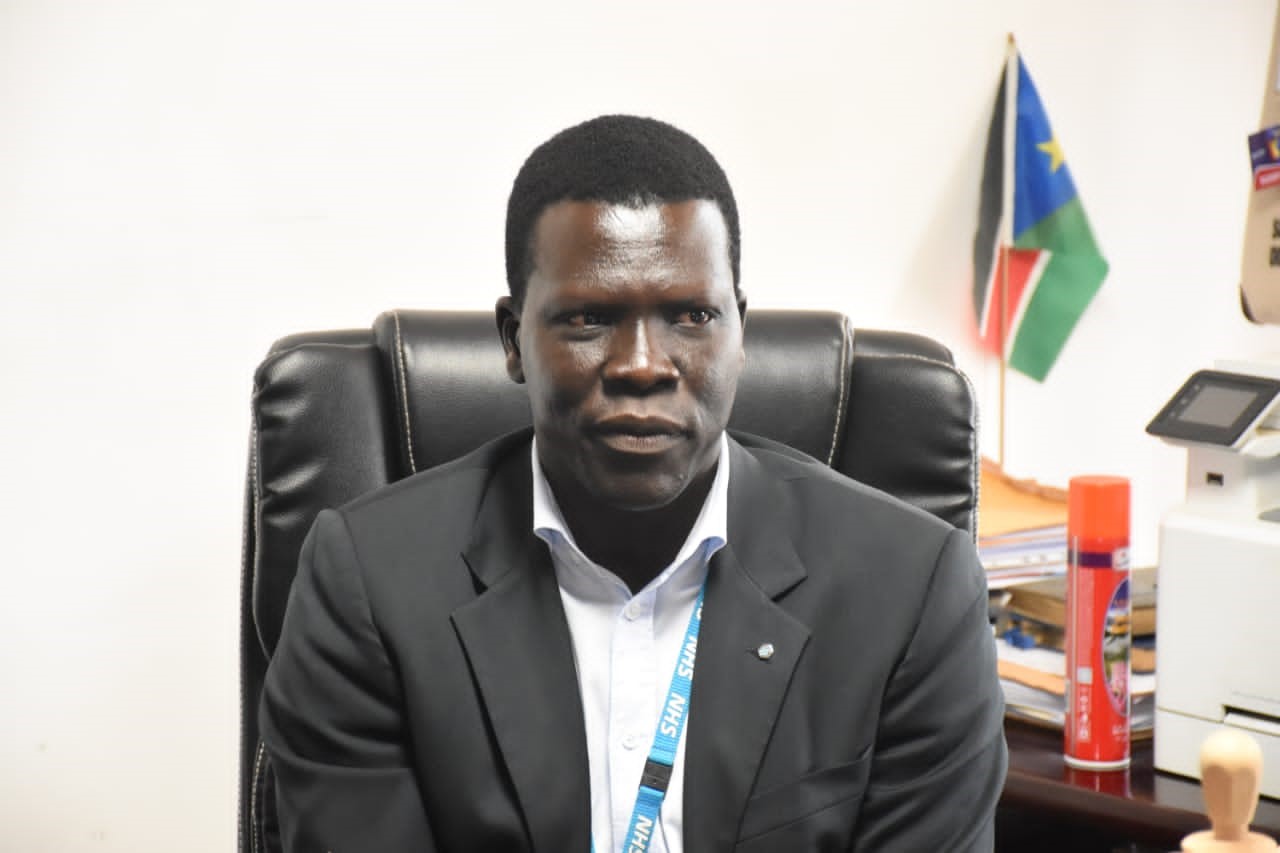 The Community Development Corporate Affairs Manager at Greater Pioneer Operating Company (GPOC), has said that he was misquoted by the media in the recent publication.

Dr. Anyak Mangar Akok, on Friday denounced a media quotation attributing that he had said fossil fuel production could not be halted because it is the only source of money.

The statement deemed inappropriate by some section of the public triggered a very critical debate about the doctor’s Assertions which culminated in to him coming publicly to deny ever making such statement.

Dr. Anyak, instead disclosed that he is committed to promoting socioeconomic development for the communities in the oil-producing states and the country as a whole.

“The false innuendo and unfounded assertion perpetuated by the enemies of progress should just be ignored,” he advised.

He added that GPOC is a principled and modest company that has remained committed to the promises it made to the crude oil producing communities.

Barnaba K. Ater an independent environmentalist privy to GPOC dealings concurred with the manager when he told this website that, over two thousands scholarships in various fields of studies were awarded to students at home and in diaspora under the leadership of Dr. Anyak.

He added that GPOC has also been catering for schools through provision of scholastic materials for schools under its corporate social responsibility.

At least seven (7) water yards and six (6) hand pumps were drilled from March to June 2022, to provide safe drinking water for the locals, he revealed.

“GPOC under the leadership of Dr.Anyak donated a truck, opened fibber roads in the oil-producing areas and created employment opportunities for youth through field contractors,” he disclosed.

The environment personnel also revealed that Dr.Anyak established and furnished the medical facilities with specialized doctors and medical equipment like metal chairs, digital X-rays, CBC machines and theatres equipped with nurses and midwives.

“GPOC also established a rapid response mechanism to salvage floods and other natural calamities that affect the livelihood of natives in their area of operation.

GPOC renovated Dr. John Garang Infectious Disease Centre during covid-19 pandemic times and donated to St Daniel Comboni School in Juba among others under the leadership of Dr. Anyak.

Ater therefore wondered how and why Dr. Anyak was misquoted even when he is passionate about community development.

“There is no way the alleged media citation could have represented such enormous achievements done by Dr. Anyak.”

Ater protested the possibility of Dr. Anyak accepting any vicarious liability on behalf of the company without engaging the company’s management.

“That in entirety could have resulted into ultra vires on his side and also altering the company’s position on the insurance policy,” he pronounced.

The environmentalist then appealed to the affected indigenous communities to ignore such false allegation attributed to Dr. Anyak, as he didn’t say it.

According to Ater, Dr. Anyak was doing what he could to improve socioeconomic development in the oil-producing states.