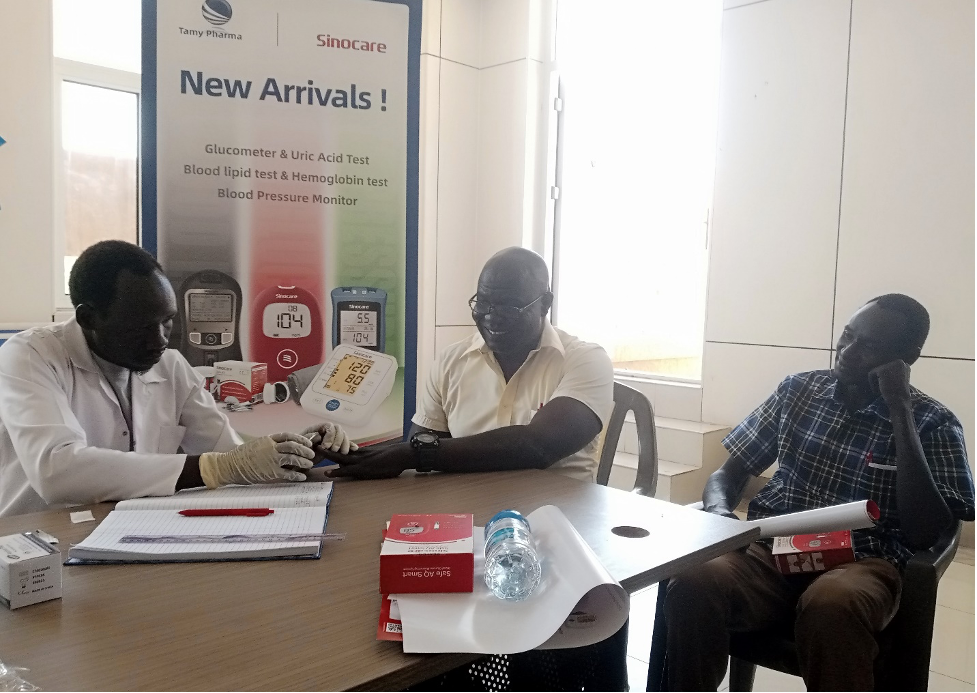 The Director General for Medical Services at the National Ministry of Health, Harriet Pasquale, said on Wednesday that hypertension and diabetes remain neglected diseases as focus is shifted to management of tropical diseases in the country.

“We should be very vigilante, diabetes and hypertension in South Sudan are non-communicable disease, but again almost reaching a level of neglected diseases because we are not giving them the attention they deserve,” said Pasquale in Juba.

She was speaking during the launch of the three-day campaign for testing diabetes and hypertension at Juba Teaching Hospital.

The campaign is collaboration between the ministry of health, Tamy Pharmaceuticals and Sinocare, the biggest blood glucose monitoring system manufacturing company in Asia.

Pasquale said that diabetic patients do not come up often for testing unless they are sick, adding that most of the diabetic and hypertensive patients are diagnosed when they already have complications.

“Most of our facilities lack basic tools to do proper medical care, we need to balance our efforts to also address non-communicable diseases like hypertension and diabetes they can cause high mortality rate especially among the elderly,” she said.

Anthony Lupai, the Director General for Juba Teaching Hospital, said diabetes is on the rise in South Sudan.

“People now days wonder why we have more diabetes patients than we had some years back, it is simply because we are now testing more people than it used to be,” said Lupai.

“We need to expand testing by having devices available for us, we do not want to get people having symptoms but they should be detected early and this is only by doing the screening,” he added.