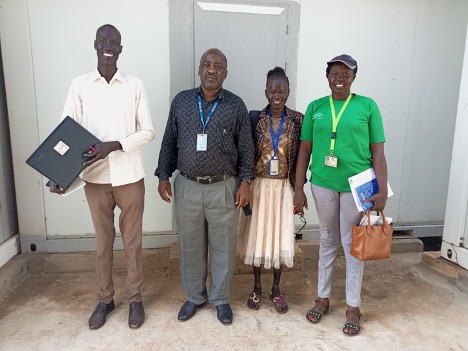 Humanitarian workers Committed To Serve despite Being Targeted By Killers

Mrs. Margaret Simon Gatluak, the Food security and Livelihood representative has indicated during the commemoration of world humanitarian day in Unity State On Friday that humanitarian workers are committed to providing services to the people suffering in South Sudan including those in floods ravaged IDPs of Bentiu and beyond despite being targeted by killers.

Commemorated annually on August 19th, the world humanitarian day was designated by UN General Assembly in 2008 to match the anniversary of the 2003 bombing of UN headquarters in the Iraqi capital Baghdad which resulted in to the death of 22 humanitarian workers including the then high commissioner for human rights Segio Virira De Mello.

The celebration aimed at marking global challenge for climate change in solidarity with its advocates and attended by different humanitarian clusters headed by UN-OCHA is this year steered under the theme: the human race.

Ruger Kahwa the head of OCHA field office in Unity State told Juba Echo that the celebration is focused on increasing public awareness about humanitarian assistance activities World over as well as to honor all agencies and humanitarian workers who dedicated themselves to humanitarian services but above all those who have lost their lives while on duties.

Mr.Kahwa urged all humanitarian agencies to render their services to flood victims in greater unity states including Ruweng administrative area.

“As we are celebrating August 19th, 2022, World Humanitarian Day, four of our comrades are still under abduction by unknown gunmen in Koch County Patit under Ngony Payam, and we are coordinating with Koch County Authority to secure their immediate release.” He announced.