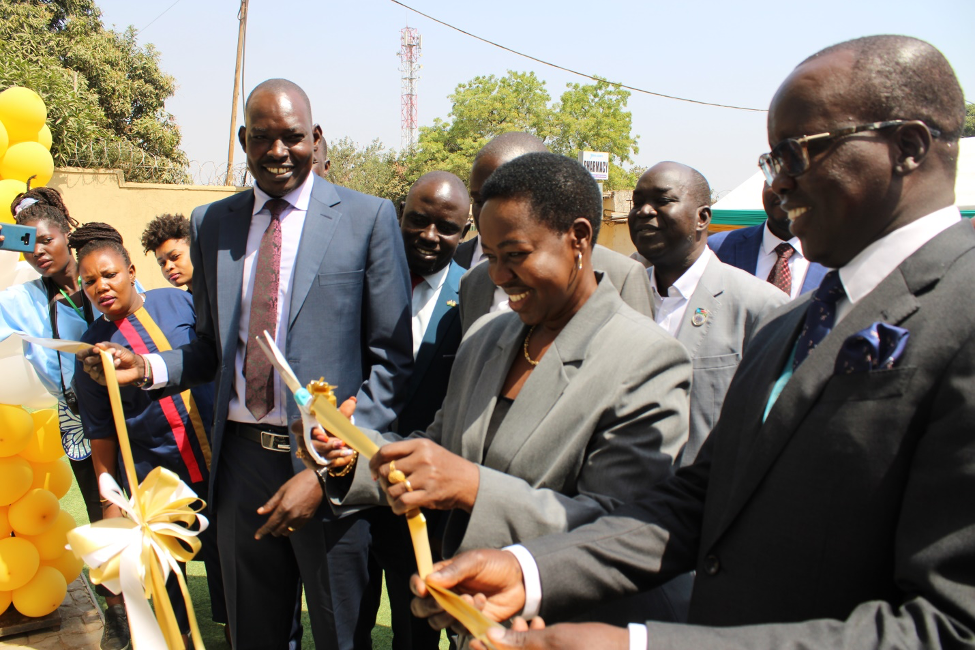 Jemma Nunu Kumba, the Speaker of the Transitional National Legislative Assembly and guest of honor during the official launch advised the management of Horizon Bank to provide accessible financial solutions to Small and Medium Enterprises (SMEs) and vulnerable groups like women and youth.

“The bank should focus keenly on addressing and supporting initiatives around women, girls, and young people’s business initiative,” she said after opening the bank headquarter in Nimra-Talata Suburb of Juba.

Kumba reminded the bank of it’s vital role in contributing to the social-economic development of the country.

She said that by luring the informal sector into the financial market, Horizon bank will have helped to promote financial inclusion.

Agok Makur, Deputy Minister of Finance urged Horizon and other commercial banks to help the government to boost economic growth.

“The private banks have a role to play in our economic growth, and as you know the challenges we are facing in this economic sector need people to think of ways to overcome them,” said Makur.

Makur stressed the need to provide loans to young entrepreneurs to boost their businesses.

Headquarter of Horizon Bank at Nimra Talata suburb of Juba.

Samuel Yagi, Representative of Bank of South Sudan said encouraging the growth of local banks is part of their core policy.

However, Yagi cautioned the management of the new bank to establish strong internal financial management system to withstand the current economic situation that forced other already established local banks to close down.

Marial Dongrin Ater, Chairman of Horizon Bank Board of Directors said they will empower individuals and business enterprises to drive the economic development of the country.

“The purpose of the bank is to empower individuals and businesses to drive our economic development through broader governance, partnership, and technology in providing financial services,” said Ater.

Ater reassured customers of the bank’s readiness to take the principle of ethical behavior seriously in their financial transactions.

Isaiah Kuot Kuol Malith, Managing Director of Horizon Bank said their mandate is to provide accessible and affordable financial services to the people of South Sudan.

“Our grand aspiration is to be a bank for every South Sudanese national, and in support of the government’s mandate for financial inclusion with transactional capability that will trickle down to the basic house-hold across the country,” said Kuol.