‘He who tied the bell to the tiger must take it off’: America should show the world its sincerity

Editor’s Note: The following article has been taken from Chinese-language column “The Real Point.” It reflects the author’s opinions and not necessarily the views of CGTN.

“China and the U.S. must not only guide their relations forward along the right track, but also shoulder their share of international responsibilities and work for world peace and tranquility,” said Chinese President Xi Jinping during a video call with U.S. President Joe Biden at the latter’s request, showing the wisdom and commitment of the leader of a major country.

Four months after the two leaders’ last virtual meeting in November 2021, the global situation changed significantly. Incitement by the U.S.-led NATO further aggravated hostilities between Russian and Ukraine, leading to military conflicts. As the culprit of the Ukraine crisis, the U.S., instead of taking responsibility, churned out misinformation against China and piled pressure and coercion on China in an attempt to shift blames and take advantage of the crisis. This has not only further challenged China-U.S. relations, but also upset world peace.

The two heads of state having a candid and in-depth exchange of views on China-U.S. relations, the situation in Ukraine and other issues of mutual interest at such a crucial moment is of great significance to the two countries and the world in general.

During the call, Biden reiterated the position that the U.S. does not seek to have a new Cold War with China, change China’s system, revitalize its alliances against China or support “Taiwan independence,” and that it has no intention to seek a conflict with China. In response, Xi said he took these remarks “very seriously” and noted that the “direct cause” of the current strain on China-U.S. relations was that “some people on the U.S. side have not followed through on the important common understanding reached by us, neither have they acted on President Biden’s positive statements. The U.S. has misperceived and miscalculated China’s strategic intention.”

Xi’s frank and straightforward statement pointed out America’s failure to deliver on its promises as well as its deepgoing misconception of China as an “imagined enemy,” accurately identifying the crux of the problem in China-U.S. relations.

Taiwan is the most complex and sensitive issue in China-U.S. relations. The current U.S. government, although having repeatedly underscored its commitment to the one-China policy, has gone back on its own words by acts that severely jeopardized peace across the Taiwan Straits and further strained bilateral relation. During the video call, Xi stressed that some people in the U.S. had sent a wrong signal to “Taiwan independence” forces, which was “very dangerous,” and that mishandling of the Taiwan issue would exert a disruptive impact on China-U.S. relations. Xi’s remark was a reaffirmation of China’s solemn position on the Taiwan issue and a clear warning to the U.S. Washington must take it seriously and exercise caution over its words and deeds to avoid getting itself into trouble. 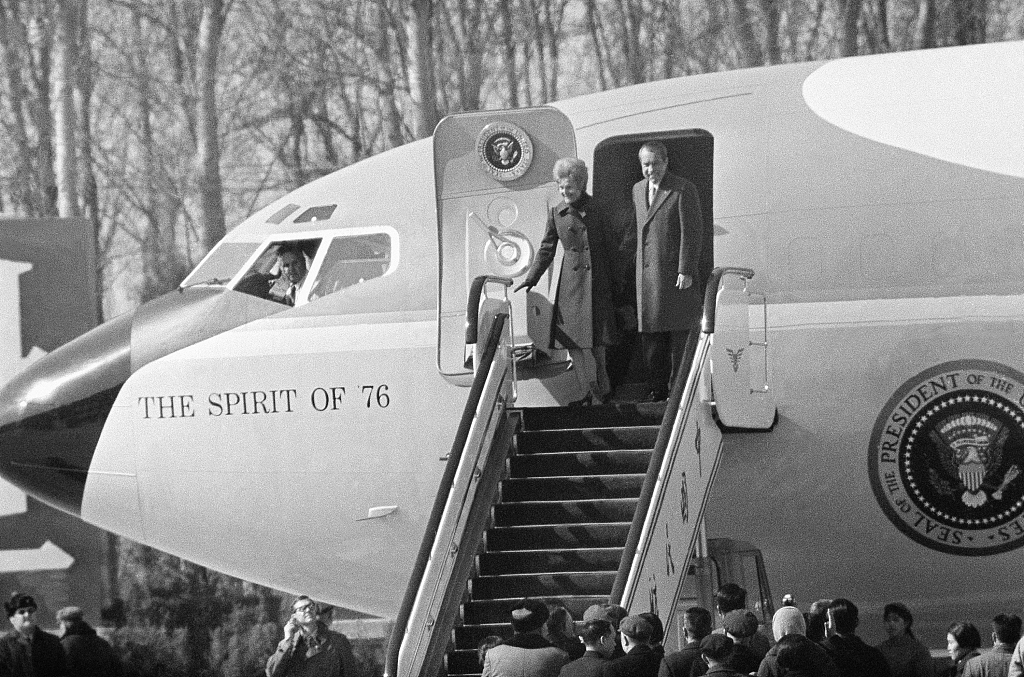 Xi also talked about “international responsibilities” and restated China’s standpoint on the Ukraine crisis. He emphasized that “as leaders of major countries, we need to think about how to properly address global hotspot issues and, more importantly, keep in mind global stability and the work and life of billions of people. Sweeping and indiscriminate sanctions would only make the people suffer.” Xi went on to point out that the “pressing priority” of addressing the Ukraine crisis was to keep the dialogue and negotiation going, avoid civilian casualties, prevent a humanitarian crisis, and cease hostilities as soon as possible, while an “enduring solution” would be for major countries to respect each other, reject the Cold War mentality, refrain from bloc confrontation, and build step by step a balanced, effective and sustainable security architecture for the region and for the world.

This means that China has offered a general plan to resolve Ukraine crisis, which involves both guiding principles and specific means, and addresses both the conflict itself and its root cause. These proposals are a reflection of China’s wisdom and its deep concern for the people, and represent the latest effort it made to dissolve the Ukraine crisis.

“The more complex the situation, the greater the need to remain cool-headed and rational. Whatever the circumstances, there is always a need for political courage to create space for peace and leave room for political settlement,” said Xi. As the saying goes, he who tied the bell to the tiger must take it off. Now that Biden has expressed Washington’s willingness to keep the lines of communication with China open to prevent the escalation of the situation, Washington must match its words with its deeds. Seeking China’s support and cooperation on the one hand while attacking, vilifying, threatening and sanctioning China on the other will never work.

It is worth noting that the video call between the two leaders coincided with the 50th anniversary of signing of the Shanghai Communique by China and the U.S. 50 years ago, when the then leaders of the two countries recognized that in spite of disagreements, China and the U.S. did not have the intention to change each other’s systems and therefore may cooperate based on common interests. This is the key spirit of the Shanghai Communique and still makes sense after half a century. Biden also mentioned the Shanghai Communique during the call, holding that the Sino-U.S. relationship would shape the world order in the 21st century. Where is this relationship heading? The U.S. may find some clues in history.

“The stable development of bilateral relations will benefit both countries,”, the two heads of state agreed that the video call was constructive and directed their teams to promptly follow up. It is the hope on China’s side that the U.S. honors its words, acts on the common understandings between the two leaders and fulfills Biden’s political pledges. On both putting China-U.S. relations back on the right track and properly solving the Ukraine crisis, the U.S. should not disappoint China and the world yet again!

(If you want to contribute and have specific expertise, please contact us at opinions@cgtn.com. Follow @thouse_opinions on Twitter to discover the latest commentaries on CGTN Opinion Section.)