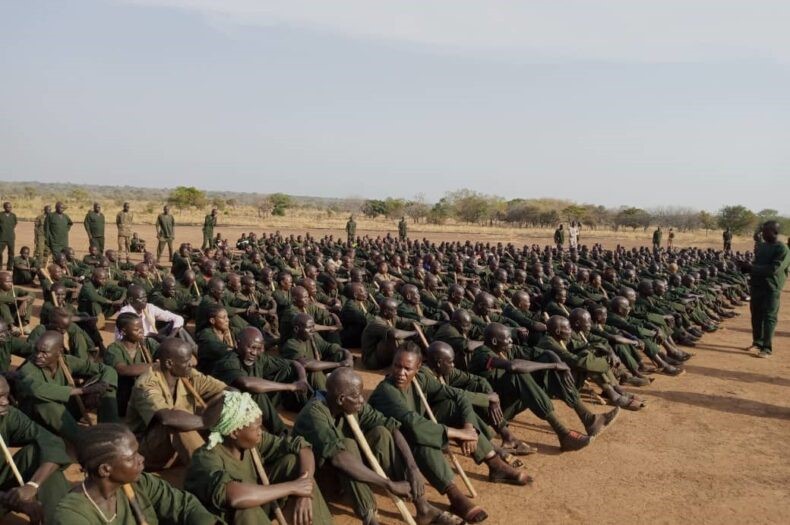 The planned graduation of over 20,000 unified forces in the two regions of greater Bahr El Ghazel and Upper Nile that was meant to take place last week has been postponed.

“We have not yet graduated the forces in greater Bahr El Ghazel and Upper Nile for one simple reason, we have not yet succeeded in getting uniforms for organized forces, we only have uniforms for the military,” Koang told The Juba Echo in Juba.

The forces in Bahr El Ghazal were supposed to be passed out on 21st September, while those in Upper Nile region on 30th September.

“We could not honor the date because we did not have the uniforms, once we have secured all the uniforms then we reschedule the graduation day,” Koang said.

Since August 30th, the transitional unity government has so far passed a total of 23,000 unified forces made up of police, wildlife, prisons, intelligence services and army in greater Equatoria region alone.

Under the 2018 revitalized peace deal, 83,000 unified forces are supposed to be graduated to take charge of security during the ongoing transitional period that elapses in 2025.

In addition, Koang said that Tut Gatluak, the Presidential Advisor for National Security Affairs and also head of the National Transitional Committee (NTC) is working hard to procure uniforms from Khartoum.

A total of 52,000 forces make up the first batch of forces but this target has not yet been fully achieved.