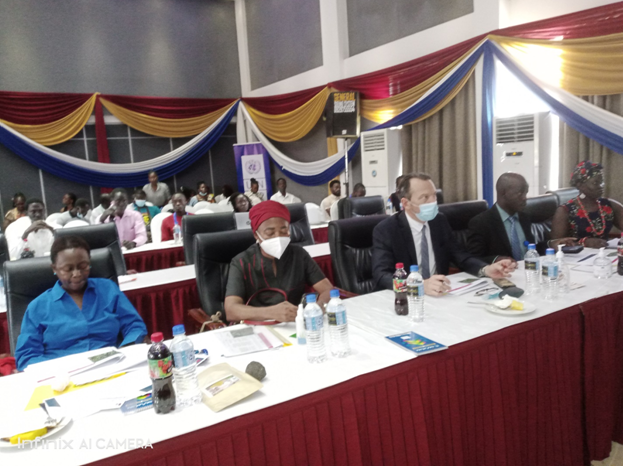 Development partners including the United Nations Development Program (UNDP) have urged the government to prioritise and invest in food production to avert the recurring circle of famine.

Christy Ahenkora, the deputy country resident representative for the United Nations Development Program told a gathering during the opening of Ignite Food System Challenge at Palm Africa Hotel that entrepreneurship in the food production process will transform and make a better impact on South Sudan.

“If we can bring entrepreneurship into the food production process, we are going to be able to transform and make a better impact, then we are able to tackle hunger, we will be able to improve food security but most importantly sustaining food system,” Ahenkora added.

“South Sudan and the private sector, in particular, has the possibility of producing more food, it is also key and important for this country to develop its capacity to export in the East African Community and widely beyond,” said Trouyet.

Tiop Paul, the Managing Director for Green Farm said they are producing maize and sorghum on a large scale, noting that they aim to be a leading large scale farm in Renk and Upper Nile in a bid to eradicate hunger.

“There is a hunger crisis in South Sudan, the second problem is high food prices, the solution is we are conducting large scale farming, we are asking for money to purchase farm implements, machines, pesticides, and fertilizers so that we can support and make sure we tackle hunger and improve food security,” said Paul.

Emelia Yabang Moses, the Executive Director for Anika Women Association said the association was formed to open up job opportunities for the redundant youth in the state, adding that the organization operates in Western Equatoria and Central Equatoria State.

“Youth are redundant so we think of creating employment opportunities, we start a business of beekeeping, we are operating in Western Equatoria and the Central Equatoria States,” said Moses.