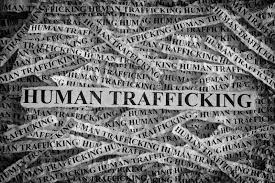 Government to consult widely prior to ratifying convention on human trafficking

The transitional unity government will first embark on wide consultation with experts and various stake-holders before ratifying the United Nations Convention on Human Trafficking.

This was revealed Thursday by Mahmoud Solomon Agok the Minister of Interior during meeting of the task-force charged with studying the proposal to join the UN Convention in Juba.

“The Taskforce has done a lot of work but this document needs a lot of consultation at this juncture simplly because it’s a decision that needs to be taken by all the actors,” he said.

“We are going to consult with our colleagues such that we can come out with one decision since we are making decision on behalf of our people,” Agok added.

Agok disclosed said that South Sudanese have been victims of human trafficking, adding that there is urgent need for legal system to mitigate it.

Ruben Madol Arol, the Minister for Justice and Constitutional Affairs, said that the document presented by the taskforce needs time because there are a lot of challenges to be tackled before the accession to the Convention.

“We are convinced by the work of the taskforce, but again we need time to consult on the policy related to accession and the challenges that are going to come with it,” Arol said.

The taskforce presented the UN Convention and recommended it to be acceded to by the transitional unity government to give room on the drafting of the laws that will be protecting human trafficking, and other legal framework related to human trafficking.

The taskforce said that South Sudan is not a party to the UN Organized Crime Convention or its supplementing protocols.

It said that acceding to the Organized Crime Convention would provide the country with increased tools for international cooperation with countries around the world.

It is the first legally binding instrument with an internationally recognized definition of human trafficking. This definition provides a vital tool for the identification of victims, whether men, women or children, and for the detection of all forms of exploitation which constitute human trafficking. Countries that ratify this treaty must criminalize human trafficking and develop anti-trafficking laws in line with the Protocol’s legal provisions.