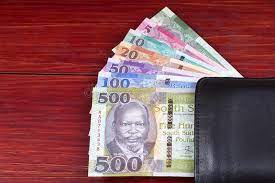 The transitional unity government is pushing the the National Revenue Authority to meet it’s earlier target of  collecting 368 billion South Sudanese Pounds (SSP) annually over the next five years.

This was revealed Friday by Elia Lomuro, the Minister of Cabinet Affairs who said cabinet endorsed the strategic plan by the NRA to increase non-oil revenue over the next five years from 80 billion SSP to 368 billion SSP.

He said the entire NRA plan is intended to fill the revenue gap caused by shortfall in non-oil revenue over the years.

“The plan is also intended to change the way NRA operates, and will be accompanied by another plan that will be on the employees of the NRA to make sure that they are qualified, given right training and salaries so that they preform in an environment which is conducive for the increase of the revenue,” Lomuro told journalists after the weekly cabinet meeting.

The government is over-reliant on oil-revenue to finance it’s fiscal budget, which has had setbacks since the outbreak of the Russia-Ukraine war that has seen global prices of oil and gas skyrocket.

On the other hand Lomuro said that the cabinet also approved the bilateral avoidance of double taxation and prevention of physical evasion.

“We approved the bilateral avoidance of double taxation and prevention of physical evasion whereby companies, business people engaging in business will not be taxed twice but also they would not be allowed to evade taxes,” he said.

He said that the avoidance of double taxation and prevention of physical evasion agreement has been subjected to the legal opinion of the minister of Justice.

In May, the NRA Commissioner General Dr. Patrick Mugoya pledged to stakeholders and government that when the strategic plan is approved, the NRA should be given necessary space to execute their mandate without intrusions.

“The initiative for attaining noble goal which implies the reduction of the current 90% oil revenue dependency of the national budget to 50% are focused of strategic plans document that’s to be discussed today,” Mugoya said.

“The strategic plan is approved alongside the proposed NRA human resource policies. I want to plead that NRA should be provided with the necessary space needed to implement the strategic plan without unnecessary interference but at the same time hold the National Revenue Authority fully accountable to the government and to the people of South Sudan for the outcome of that implementation,” he added.