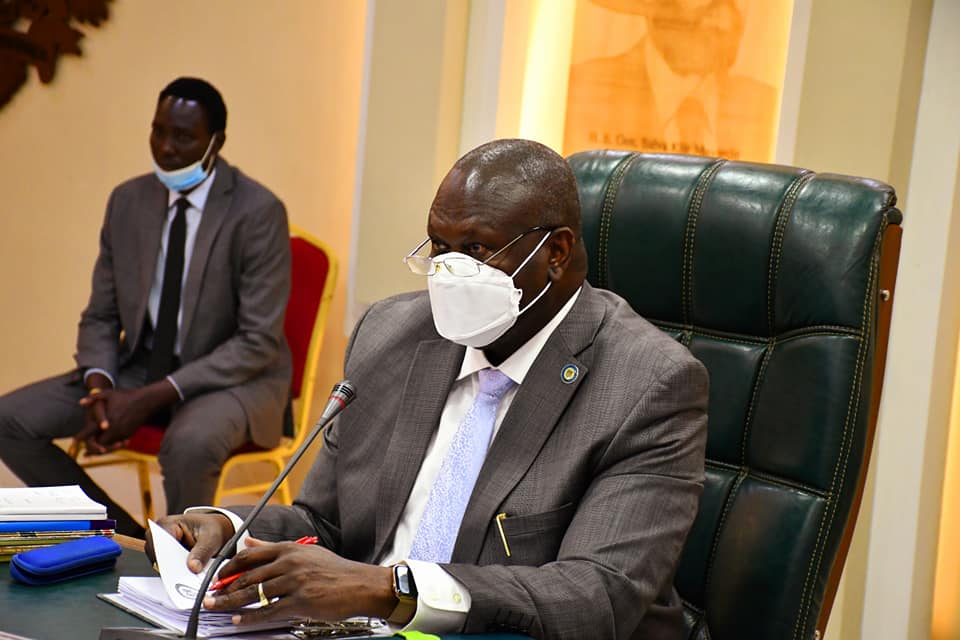 The Ministry of Finance and Planning on Tuesday launched a revised National Development Strategy (NDS) Plan for 2021-2024.

Riek Machar, the First Vice President who presided over the launch, said the plan is a guide for collective investments meant to consolidate peace and stabilize the economy.

“We are launching this NDS as a guide to collective investment as a nation and people as we begin during this transitional period, the process of this document is for consolidating peace and stabilizing the economy,” Machar said in Juba.

The plan will also guide the actions of development stakeholders in South Sudan.

Machar said that the revised NDS resulted from wider consultation, adding it will mobilize and organize all the stakeholders at all levels to work towards achieving shared objectives.

He revealed that the annual budget will be prepared under the guidance of the NDS strategy.

The First Vice President added that NDS will involve business leaders, the United Nations, civil society, and bilateral and multilateral development partners to work with them to implement it.

She disclosed that the NDS is a critical vehicle in the quest to achieve the country’s much-cherished vision of 2040 which aims at bringing freedom, equality, justice, peace and prosperity for all.

“The revised NDS was prepared based on the premise that development can be pursued in complex emergency settings if it is risk-informed and focused on building the resilience of people, communities, and institutions,” Agak Achuil Lual, the Minister of Finance and Planning said.

Achuil added that the NDS will play a critical role in the implementation of the 2018 revitalized peace agreement signed to end years of conflicts.