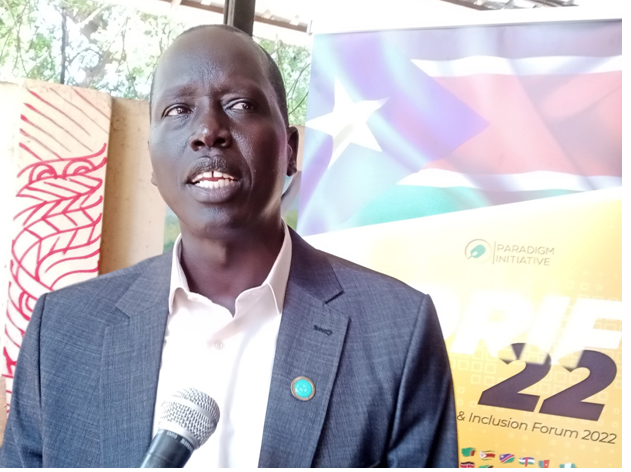 The government is investing to acquire tools for monitoring network traffic and network services provided to the public by telecommunication companies, Napoleon Adok Gai, the Director-General of the National Communication Authority (NCA) told journalists during the symposium on digital rights at Scenius Hub.

“The government is investing in acquiring the tools to monitor network traffic and network services dispersion to the public. With the development in cyberspace, everybody is concerned, everybody needs to be protected,” said Gai.

He said South Sudan has laws that regulate the operation of telecommunication companies but most of these laws are not implemented.

“The challenge is that we publish the laws but we do not have the tools to impose them. The telecom sector is regulated, it is not a free market, they are restricted by law, and they sell according to what we have authorised as NCA. With the absence of tools to impose and monitor that there is compliance, it is very hard for us to address,” he said.

Adok said that National Communication Authority is working to set up a local service level to reduce dependency on imports, noting that the authority is directed to meet a parliamentary committee on information to undertake induction on the bill.

“We are the only country in the region where telecom services do tax assessment, they do their tax assessment and pay and later on at the end of the financial year that is when they are reviewed, there is no tax clarity,” he said.

“We have made so many concessions to telecom companies. First of all, the government does not have visibility of all the services they are selling to the public before we talk about tax,” Adok lamented.