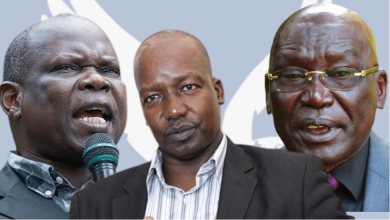 The government on Friday called on countries in the region to engage leaders of hold-out groups to join the 2018 revitalized peace process.

Deng Dau Deng, Deputy Minister of Foreign Affairs and International Cooperation on Friday said they have renewed the call for these groups that refused to sign the revitalized peace deal to renounce rebellion.

“We appeal to our neighbors to urge the holdout groups that could undermine peace in South Sudan to join the peace implementation process,” Deng said while briefing diplomats in Juba.

These rebel movements fall under the South Sudan Opposition Movement Alliance (SSOMA) a loose coalition of opposition parties that are part of the Rome peace talks in Italy.

“It is common knowledge that every time there is an attack like the one in Malakal, some of these leaders in the region claim that their forces have dislodged, killed and captured areas,” said Deng.

“We don’t want to mention names but some of these countries know that we have leaders of hold-out groups in their neighborhood, and every time when there is a crisis, they say these are their forces,” he added.

Deng said that for durable peace to be achieved in the country, all those who did not sign the peace deal should be part of its implementation.

“We have discussed it at diplomatic channels because we want to encourage these groups to join peace implementation, this is the only safe way people of South Sudan can enjoy peace,” he said.

Sant’Egidio Catholic Community in Rome started peace mediation between the government and the South Sudan Opposition Alliance in November 2019.

The Rome talks aim at supporting an inclusive peace agreement in South Sudan by persuading the hold-out groups to join the revitalized peace deal signed in September 2018.