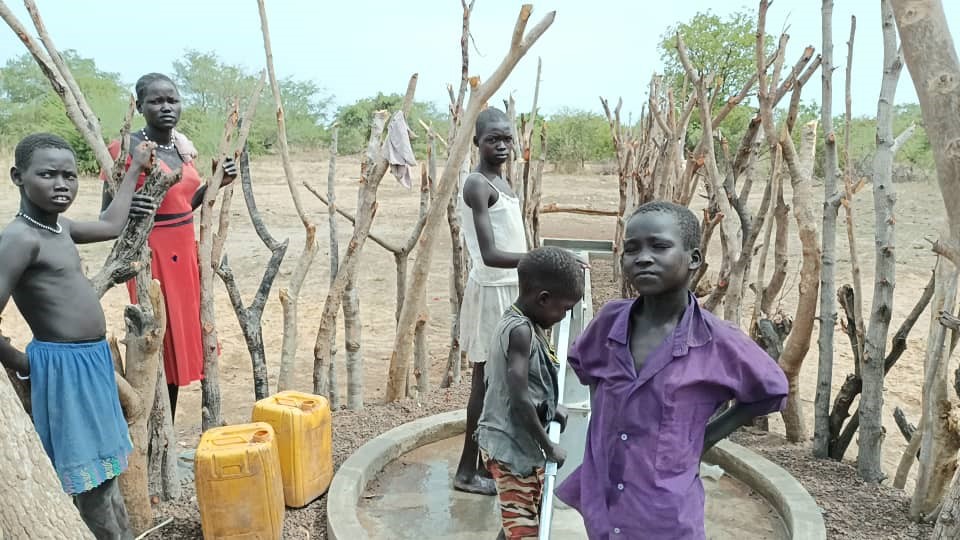 The initiative is part of the support from Community Initiative for Development Agency (CIDA), a non-governmental entity founded in 2015.

“We have just concluded drilling and installing three boreholes in Rialdit, Madhol and Ngon-Ngon villages. The boreholes have reduced the spread of water borne diseases and burden associated with medical costs to host communities and internally displaced persons in Kuac North and South communities”, he explained.

According the United Nations Children Fund (UNICEF), at least 2.8 million children were out of school due to poverty, inequalities, cultural beliefs and nomadic lifestyles before the outbreak of the Covid-19 pandemic.

But with one of the highest out-of-school ratios in the world, South Sudan cannot afford to have more children missing out on education and no effort should be spared to ensure students return to finish their education.

John Kuac Ngor, a resident of Rialdit village in Gogrial West, said with access to clean water from the new borehole, schools pupils and teachers can now focus on their education and have improved health and safety.

“I feel very relieved that the school children can walk over there to get water and not have to go all the way to the old water point,” noted Ngor.

He added, “This drilled borehole means the children can now wash hands after using toilets and drink water whenever thirsty. It also means that they can spend more time in the classrooms and focus on their education”.

CIDA, with support from UNMISS, is also creating a conducive learning environment to enable community members return their children to school.

“We are constructing a block of two classrooms, an office and a VIP-four stance pit latrine for Rialdit and its neighboring villages,” explains Pap.

He further said the organization is constructing a perimeter wall fence protected with razor wire and slide door to support the operations and infrastructure of the law and human rights institutions in Tonj North County.

Constant conflicts have led to the current water crisis in South Sudan. During the civil war of 2013, water systems were deserted and demolished.

Currently, over 50% of the country’s population lack access to clean water.