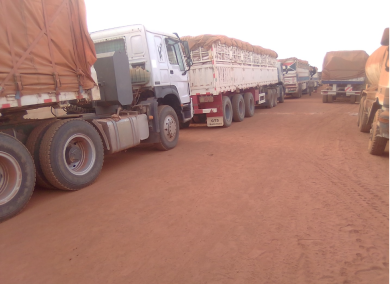 Nyamai Riak, a 48-year- old resident of Koch town did not have her dream Christmas as she could not afford the best meal for her family due to high prices of food blamed on heavy flooding cutting off roads.

“We are unable to buy clothes for children to celebrate Christmas and New Year, even if there is no food in the public market, people move up to Adok local port to buy food at expensive prices,” Nyamai told Juba echo in Koch town on Thursday.

Several humanitarian cargo and other private trucks transporting essential commodities to Koch County have been stuck for the past few months along rugged roads. This has led to shortage of basic commodities in markets and shops.

According to Nyamai hunger looms in the area and she and other residents fear for the worst during the ongoing dry season.

She said hunger hit Koch County during this festive season.

Daniel Deng Mayiel, Spokesperson of Koch County Commissioner, said children are now blaming their parents for not buying for them clothes during this festive season.

“As I am talking to you now a 50 kilogram of sorghum sack is at the cost of 70,000 South Sudanese Pounds compared to one month salary of 15,000 South Sudanese pounds, this salary cannot even buy Christmas clothes for one child,” said Deng.

Deng called on humanitarian organization to run to the rescue of the population.