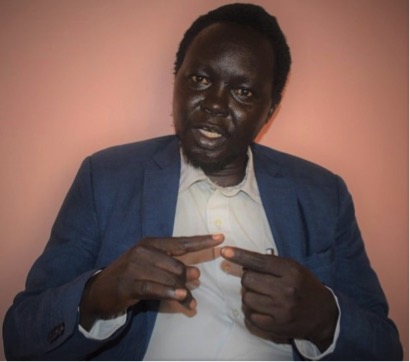 Experts have called on the transitional unity government of South Sudan to reconsider resuming talks with belligerent opposition groups that refused to sign the 2018 revitalized peace deal.

Ter Manyang Gatwech, Executive Director for the juba-based center for peace and advocacy (CPA) said on Thursday that the withdrawal of the government from peace talks with the opposition will exacerbate insecurity since both sides are left with the military option.

He said that the solution to ending conflict is through genuine dialogue by both parties.

“It is very unfortunate for the president to call off Rome talks because it will increase insecurity, it is also a chance for the hold out groups to say the government has refused peace talks in order for them to mobilize,” said Ajiek Taban Basilio Deng, the Chairman of the opposition Africa Independent Party.

“All the roads from Juba to Nimule and from Juba to Mundri are not secure for businessmen and passengers, we need our peace to be inclusive and we are at the final stage to have a complete peace in the country, the government should not call off the Rome talks,” added Basilio.

On 21 November, South Sudan’s Presidential Affairs minister, Barnaba Marial Benjamin announced the cancellation of talks being mediated by the catholic community of Saint Egidio since 2020.

Abraham Kuol Nyuon, Professor of Political Science at the University of Juba said that the government appears in a position of strength at the moment following the signing of the cessation of hostilities that remains largely holding since 2017.

“The opposition sees that the government is using an opportunity of cease fire as a way of buying time, and as a result of this they have to resume their insurgencies, when they resume insurgency they use that in the name of compelling the government to come to the table,” said Nyuon.

“When the government suspends the talks, it is trying to send the signal to the rebels that as long as you have resumed insurgencies the ceasefire does not hold any longer,” he added.

President Salva Kiir during the closing of the governors’ forum on Wednesday cited the recent road ambushes along the busy Juba-Nimule for suspending the talks.

“This past week we were preparing to go to Rome for negotiation, instead of creating a favorable environment for the resumption of peace talks they laid an ambush on Juba- Nimule highway that killed three civilians,” said Kiir.