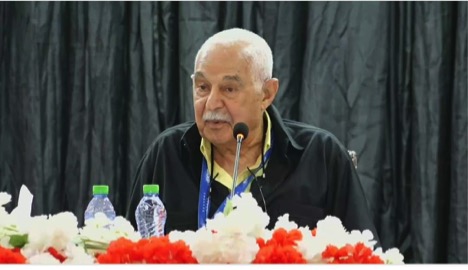 By Awan Achiek·1 month ago

A renowned expert on Wednesday called on the government to ratify key treaty on equitable sharing of the Nile River waters.

“Please, pass the bill and push the government to sign and yourself to ratify and then the ascending will be done by the president and I will make appeal to him (President) to do that,” Prof. Tag Elkhazin said during the ongoing public consultation forum on water management in Juba.

In May 2010, Rwanda, Ethiopia, Uganda and Tanzania signed the Nile Basin Cooperative Framework that entails equitable sharing of the Nile waters despite strong opposition from Egypt and Sudan who have the lion’s share of the water.

The Framework replaces the outdated 1959 accord designed by the British colonialists. This accord gave unfair powers to both Egypt and Sudan to have say on the Nile waters.

Sudan and Egypt have always expressed fears that their share of the water would be severely reduced if countries along the Nile undertook developments.

Elkhazin said the treaty will give South Sudan equal rights over the Nile waters.

“If we get one extra signatory and if the two remaining signatories (Sudan and Egypt) ratified so we will have six ratified nations,” he revealed.