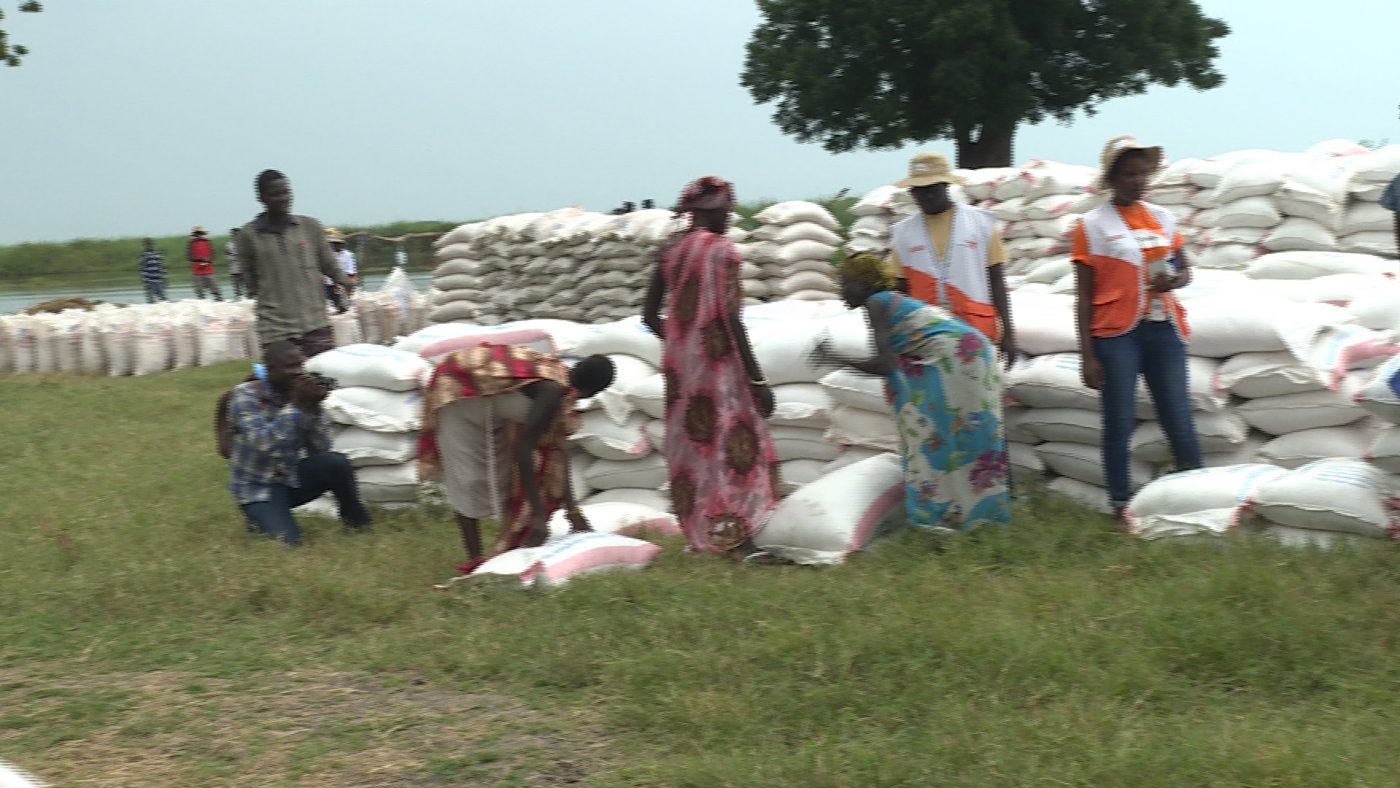 South Sudanese aid workers face a new dilemma while delivering humanitarian assistance-ethnic based attacks which are already threatening to disable the distribution of aid in a very difficult country.

Delivering aid across the country hugely depended on these local group of people who are now being battered and brutalized by members of societies.

The attacks have the potential to undermine humanitarian efforts in the country, disrupting responses and risking the lives of the needy, Rajab Mohandis Executive Director for Organization for Responsive Governance, said.

“The whole thing has a potential to fragment the people of South Sudan very badly,” Mohandis said, noting that it might lead to “misunderstanding, misinterpretations, counterattacks especially from relatives of those who get affected in different places.”

“It is important that the issue is addressed and properly addressed in time to allow for active engagement of humanitarian works in different parts of the country,” he said.

“Definitely some people’s lives depend on the aid and if this aid is interrupted, their lives will hang in the balance, their survival will be at stake and that is a very challenging situation that we as South Sudanese would create to our fellow citizens.”

The reduction in access to humanitarian services for the people will leave more people suffering, Yakani said.

While the peace agreement was intended to pacify the country and create a conducive security situation, aid delivery is instead being curtailed by unemployed youths attacking operations and humanitarian workers.

Operations closed in Ruweng with humanitarian workers fleeing, in Torit they have been beaten and brutalized while one was short dead in an ambush in Budi of Western Equatoria-the reasons being they hail from other parts of the country other than where they could be operating.

In Gumuruk in the Pibor Administrative Area, compounds and warehouses of NGOs and UN agencies were attacked from 11th May and humanitarian personnel were forced to evacuate the area as a result of insecurity, South Sudan NGO Forum reported.

“These attacks follow an unacceptable and escalating pattern of violence towards humanitarian agencies, staff and supplies in South Sudan with both direct targeted attacks, and indirect criminality and conflict putting lives and programs at risk,” it said in a statement.

“Populations in need of life-saving humanitarian assistance are the ultimate victims when conflict or insecurity forces humanitarian agencies to suspend operations or divert funding to security measures,” it said while urging the government “to ensure that key humanitarian transport routes and areas remain safe and accessible and humanitarians protected.”

The attacks, the government associates with youths “demanding employment” the Minister of Humanitarian Affairs, Peter Mayen Majongdit told the Juba Echo, and comes at a time when the country is projected to be undergoing an unprecedented humanitarian need.

The government is working “to ensure that humanitarian workers are protected and humanitarian aids are delivered to our people,” he said.

The aid agencies have said as many as 7.2 million South Sudan will be in need of food assistance alone by mid-2021, a figure never reacted even at the peak of the six-year crisis which killed about 400,000 people and displaced four million others.

Effects of that crisis, COVID-19, floods, drought and a Desert Locust invasion in 2020 are all blamed for the increase in food insecurity.

The UN’s Food and Agriculture Organization estimated the overall cereal deficit for 2021 marketing year at 465,600 tons, 3.5 percent below the deficit estimated for 2020.

The UN Mission in South Sudan is alert and “doing everything it can to protect displaced families as well as humanitarian personnel and supplies,” its new head, Nicholas Haysom said.

“UNMISS is taking a proactive approach to deterring violence in local communities. It has set up numerous temporary bases and is intensifying patrols in conflict hotspots,” and working with political and traditional leaders as well as youth groups to support reconciliation and peacebuilding.

Aid operations should be protected by a joint United Nations Peacekeepers and South Sudanese forces “to make sure that our humanitarian workers are protected so that they can deliver aid to our people,” Mabior said.