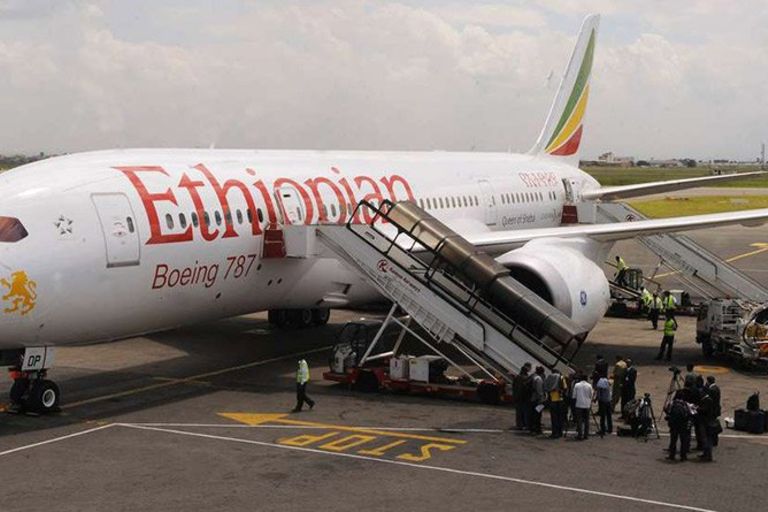 An Ethiopian Airlines passenger plane missed its landing and overflew the runway at the Bole International Airport after its two pilots fell asleep.

On Monday, Flight 343, a Boeing 737-800, was flying from Khartoum, Sudan, to Addis Ababa, Ethiopia, The Aviation Herald reported.

According to the aviation publication, the pilots woke up after the autopilot system disconnected, setting off an alarm. They made another approach and landed the plane safely.

Data from flight radar shows that the plane failed to start its descent as it approached the airport. The autopilot system kept the aircraft cruising at 37,000 feet (11,200m).

“The concerned crew have been removed from operation pending further investigation. Appropriate corrective action will be taken based on the outcome of the investigation. Safety has always been and will continue to be our first priority,” the airline said.

The aviation surveillance system ADS-B data confirmed the incident, showing that the aircraft had overflown the runway.

Air traffic control directs the aircraft for landing by issuing instructions to change the direction of flight, height and speed until the plane can begin its approach to the runway.

“Pilot fatigue is nothing new and continues to pose one of the most significant threats to air safety – internationally,” he added.

In April, Italian carrier ITA Airways pilots were reported to have fallen asleep on a flight from New York to Rome. Investigators discovered that one of the pilots was sleeping during his break, but the captain also fell asleep.

Air traffic controllers told investigators they lost contact with the Airbus 330 plane as it flew 38,000 feet over France for about 10 minutes. Amid fears of a terror incident, they prepared fighter jets to intercept the aircraft, but the pilots eventually responded.