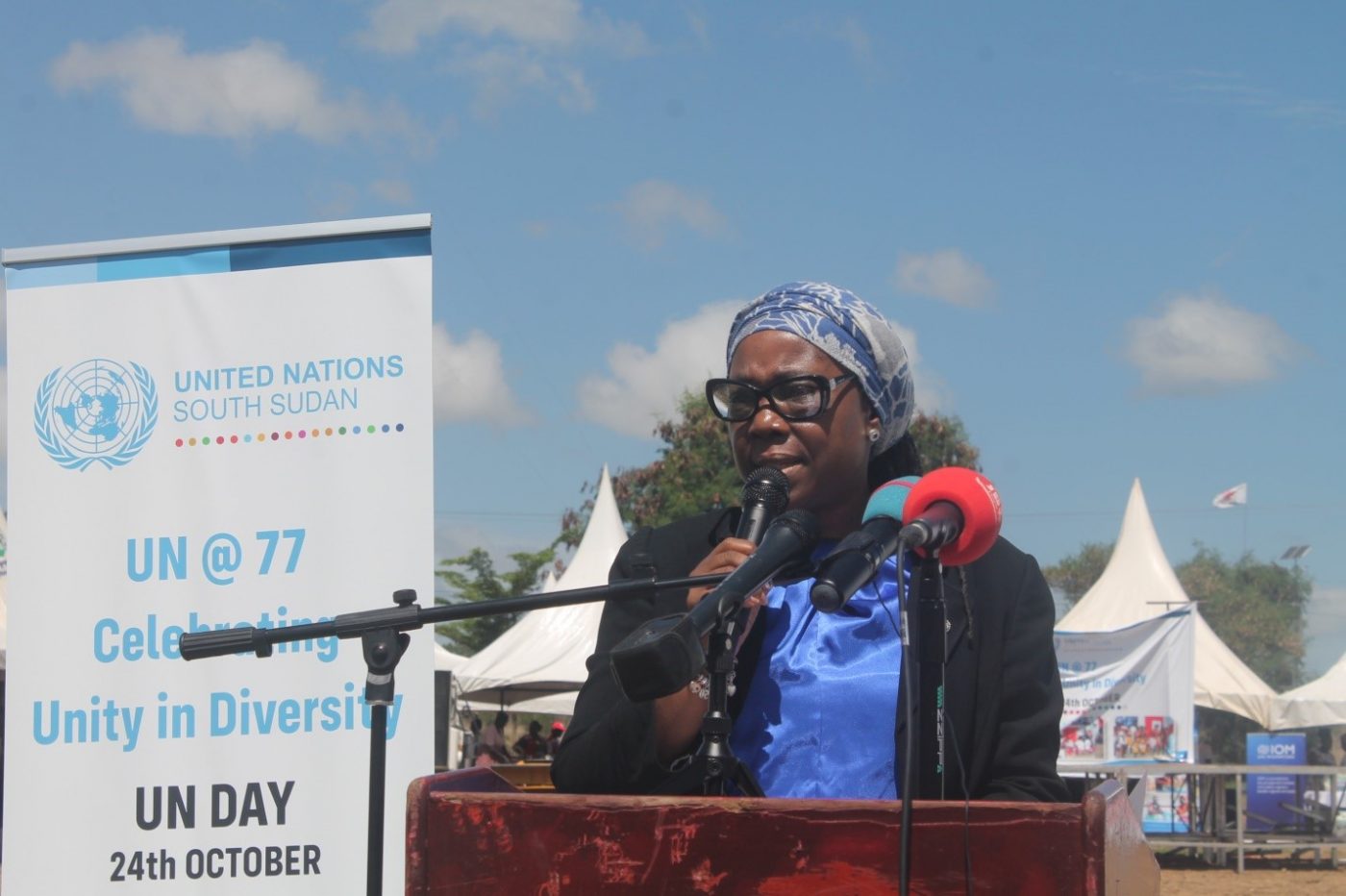 The transitional unity government has been advised to focus on ending intermittent communal violence at local levels in order to achieve steady peace progress during the recently extended transition period.

Nyanti, besides welcoming the recent graduation of some of the first batch of unified forces, called on all parties to the 2018 revitalized peace deal to accomplish the pending critical tasks before the end of the transition period in February 2025.

“These developments are commendable, and we look forward to more tangible actions in timely fashion, according to the spirit and the letter of the Peace Agreement. But we must be frank to admit that, much more critical work remains to be done. At the local levels, the extension of the peace agreement has not translated into a reduction of incidents of subnational violence or inter-communal conflicts,” she said.

Nyanti also underscored the need for an all-inclusive constitution-making process to pave way for the conduct of free, fair, and credible elections, to mark the end of the transition and the beginning of South Sudan’s journey as a truly democratic nation.

She noted that South Sudanese have demonstrated resilience over the years, despite immense challenges such as civil war, loss of lives and property, sexual violence, and severe climate shocks and food insecurity

“We know that without peace, there can be no sustainable development. This is why we are working with the government and communities as an impartial partner to help deliver sustained peace, humanitarian assistance, security and development,” said Nyanti.

Stephen Par Kuol, Minister of Peace Building, emphasized the need for parties to work in unity to conclude implementation of the outstanding issues.

We will ensure that this agreement which established the government of the day is implemented, and that we build peace together because there is no nation building without peace building,” said Kuol.

South Sudan descended into conflict in December 2013, following political dispute between President Salva Kiir and his then deputy Riek Machar.

The conflict that caused split within the national army led to killing of tens of thousands and displaced millions both internally and externally.

The 2015 peace deal signed under international pressure to end fighting collapsed due to renewed violence in July 2016.

The 2018 revitalized peace deal remains the only path to achieving sustainable peace and security in the youngest nation.