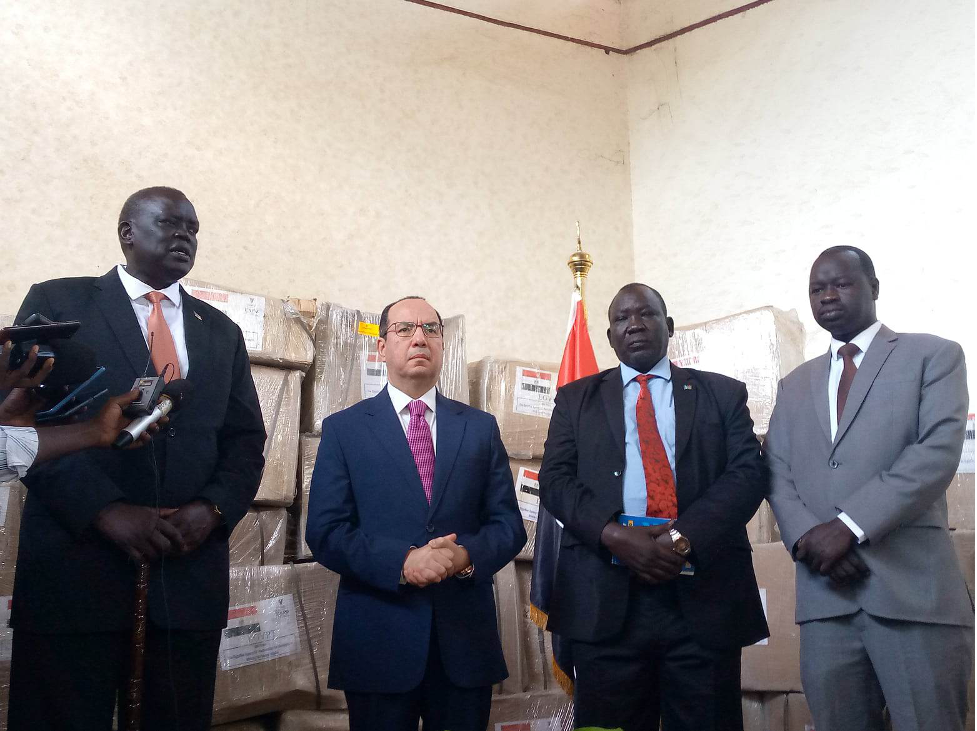 The Egyptian government on Wednesday handed over 2 tons medical supplies consisting of medicines and equipment to support people affected by floods in Jonglei State.

Mohammed Elmoatez Mostafa, Egyptian Ambassador to South Sudan said the medical assistance will help to address the dire humanitarian situation in the State.

“We present the gift which arrived from Egypt to our brothers and sisters in Jonglei State to help them, and support them to face humanitarian situation there,” Mostafa said during the handover ceremony held in Juba.

“We are looking forward to more support and more help because it is our duty, and even despite of economic crisis all over the world which affected a lot of countries including Egypt and South Sudan,” he disclosed.

“I would like to congratulate the people and government of Egypt for responding on time, particularly on this dire situation of floods in the areas of Jonglei, Unity State, and Upper Nile,” said Deng.

Deng said the donation came at a time when the humanitarian situation in flood-hit areas is dire.

He assured of the readiness and commitment of the ministry of health to properly utilize the medicine and equipment for the benefit of the local people.

Deng also said that they will be extending medical support to other flood affected states when they receive assistance from donors.

Egypt is implementing several development projects in South Sudan, including building rainwater-harvesting dams, and providing training to develop and manage water and irrigation.