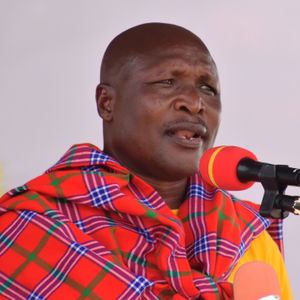 Aliandro Lotok, Press Secretary of the Governor of Eastern Equatoria Louis Lobong Lojore revealed that they have imposed night curfew from 7 PM TO 6 AM following threats of violence on humanitarian agencies by Monyomiji youth who have previously attacked aid workers over jobs.

The youth issued 72 hours ultimatum to UN agencies and other NGOs to leave Torit County, leaving the state government to impose curfew to protect humanitarian staffs in Torit.

Lotok said that the state government condemned the statement by the protesting youth.

He revealed that they will not allow such things to happen because nobody part from the government has the power to do so.

“Nobody is interested in conflict in Eastern Equatoria state, the government is committed for peace and the youth are trying to do everything by force which is not right. We want them to be patient and give government chance to work on some of their demands,” said Lotok.

On April, 28th angry Monyomiji youth attacked and injured a UN staff and another a staff of a national NGO as they protested against these humanitarian agencies for employing people who are not locals in Torit.

Several other violent attacks by unemployed youth have occurred this year, in Maban Upper Nile state and in Unity state leaving some aid workers killed.

Lotok urged UN agencies and NGOs operating in Torit to remain calm as the government sorts out the issue.

He added that the government is committed to solve all issues raised by the youth.

The latest protest came just two days after Vice President Rebecca Nyandeng visited Torit and advised the youth to raise their complaints through official channels. She also invited their representatives for a follow-up meeting in Juba at undisclosed date.

The Vice President traveled along with representatives from the UN and NGO offices who also assured the youth that all appointments are made in accordance with South Sudan Labor laws.