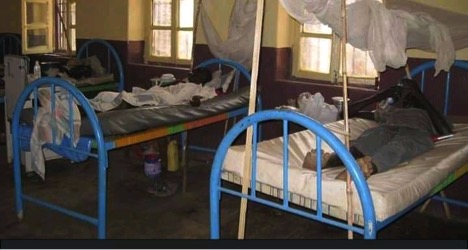 Doctors working for CUAMN Africa International have down their tools in Yirol, demanding reinstatement of their cut off allowances for night shifts and Sundays.

Speaking to Juba Echo via phone, Makuei Ijong, the Director for Yirol Hospital in Eastern part of Lakes State said, “Doctors are now on a peaceful strike which has gone on for three days now, they hope this will result in getting a quick response from partners of CUAMN Doctors Africa International.”

Mabior Kook, a medical Doctor working in Yirol Hospital said, “There is anger among many professionals who diligently offer services to people here, and what we are paid is just peanut which cannot be compared to the output we deliver daily but in the end, we are doing this for our people.”

Kook also said the issue of salaries and allowances have been on and off since the management of CUAMN could not resolve it once and for all.

“This thing keeps bouncing back and I do not know why the management of CUAMN could not resolve it once and for all now “, he added.

The management of CUAMN based in Yirol town could not be reached at the of our publication.

CUAMN International is an Italian organization that began work in the health sector in Yirol since 2008.

The world Health Organization ranks South Sudan among countries with the least developed health infrastructures, health services across the country are majorly provided by aid agencies.