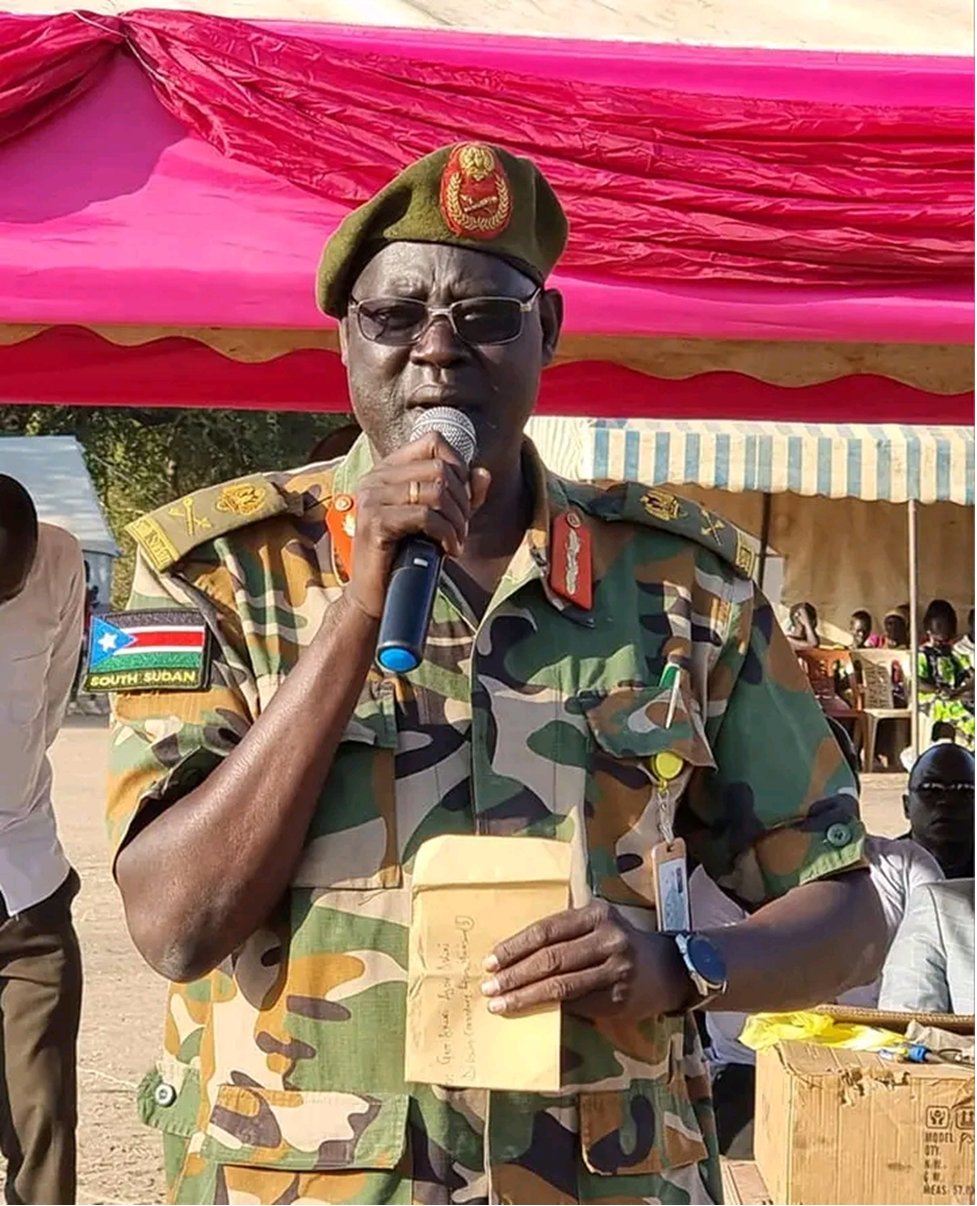 The commander of the South Sudan People’s Defense Force’s Division 3 in Northern Bahr El Ghazal State Gen. Akuei Ajou Akuei has appealed to soldiers who went Awol to report back to the barracks.

He said these remarks in Amarjal of Aweil East last week during memorial services for the late father of Vice President for Service Cluster Hussein Abdelbagi Akol.

“I am honestly asking you (soldiers) to report yourselves to the Wunyiik army headquarters or any other barracks in the state, your salaries are being looked into so that the army welfare is improved upon,” said Ajou.

He warned those who refuse to heed his call would face penalties.

“If this finds you outside, then never blame us for that folly,” said Ajou.

Ajou revealed that some soldiers are quitting the SSPDF and heading to North Sudan because of low pay.

“We are paying our close attention to the reports of people selling arms and this is being dealt with. The security is normal and as dry season approaches during which the Misseriya or Rezigat of Sudan tend to invade communities in South Sudan, we will do what we can to protect the lives and properties of our civilians,” he disclosed.

He appealed to Vice president Akol to lobby for rehabilitation of roads in hotspot areas to enable food deliveries for soldiers.

“I am humbly asking you, your Excellency to repair the roads that connect us with our out-posts, and from which essential goods come from Sudan. The roads are broken and it gets worse during rainy season,” said Ajou.