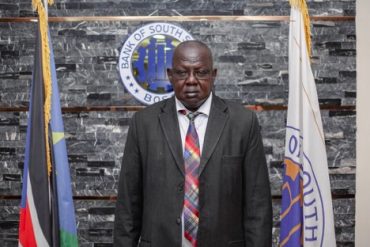 Daniel Keach, Deputy Governor for Administration and Finance. [Photo by BOSS]
By Awan Achiek·4 weeks ago

The Deputy Governor for Administration and Finance in the Bank of South Sudan on Wednesday passed on in a hospital in Nairobi, the capital of Kenya.

“The Bank of South Sudan regrets to inform the general public and the people of South Sudan about the untimely death of the Deputy Governor for Administration and Finance Hon. Daniel Kech which occurred on July 13, 2022 in Nairobi,” the bank said in a statement on Wednesday.

It said arrangements were underway to airlift the body to Juba.

The senior bank official was appointed by President Salva Kiir on March 2020 in a presidential decree.