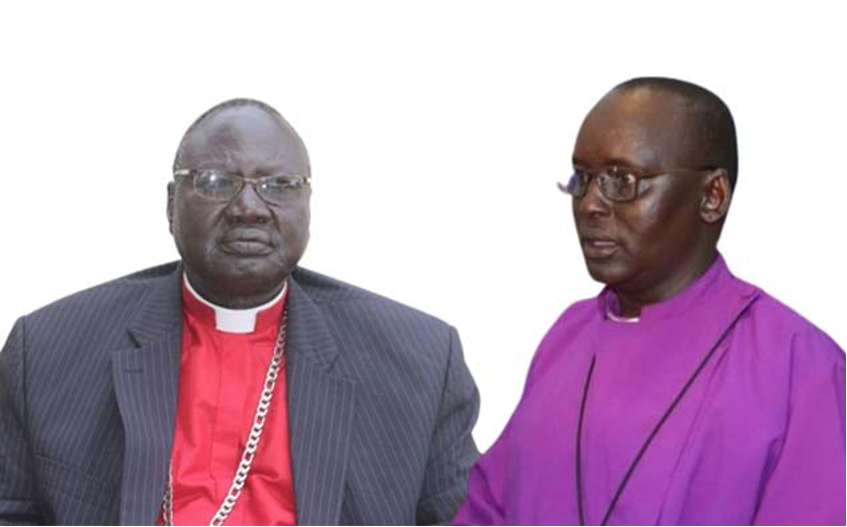 Akurdid alleged that three bishops loyal to his successor Bishop Moses Anur Ayom went to Uganda with intention to assassinate some of the believers opposed to the current leadership.

“My appeal to the government of Uganda is to deport back home the three bishops namely Moses Anuur Ayom, Zachariah Manyok Biar and Joseph Yoal Yuol,” Akurdid said in a statement issued on Friday.

Violence erupted in Nyumanzi-Adjumani refugee settlement in the northern district of Adjumani between police and youth following the visit of Bishop Moses Anur Ayom.

Akurdid claimed that the bishops were sent by Primate Dr. Justin Badi Arama of Episcopal Church of South Sudan to intimidate people residing in Uganda.

“The three bishops namely Moses Anur Ayom, Zachariah Manyok Biar and Joseph Yoal Yuol who commended the joint operation of police and UPDF soldiers to shoot innocent Christians rejecting them to enter any church in Uganda refugees’ settlement,” it said.

Akurdid claimed that he is in charge of South Sudanese congregation in Uganda and Kenya.

Bishop Anur who replaced Akurdid was forcefully pushed out after reporting to Jonglei internal province to assume leadership of the church.

In July 2022, youths armed with guns and sticks attacked the church compound in Bor town where Bishop Moses Anur was stationed.

In August 2021, High Court Judge Lawrence Jaja ruled that the church should resolve the standoff with Akurdid through the ECSS tribunal court.

However, Akurdid rejected the decision of the high court imploring the two camps to dialogue.