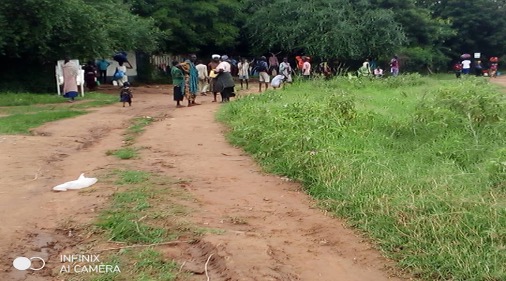 County commissioner, Paramount chief, and many civilians displaced as SSPDF takes over Ikotos

The Commissioner and the paramount chief of Ikotos county and their subjects are on the run for safety after SSPDF clashed on Sunday with some armed civilians in their town located in the eastern Equatoria state of South Sudan.

The clashes reportedly erupted at a drinking joint when a civilian man picked a quarrel with an army officer whom he shot dead at the scene in an event that angered soldiers who quickly reached out for their guns from the nearby military barracks and started shooting indiscriminately at the people.

The shooting left two civilians dead and two others who are receiving medical attention from Ikotos PHCC severely injured according to official report.

The county Commissioner Mr. Joseph Loholong Jenisio says,he asked the SSPDF commander to withdraw forces from the area but he ended up threatening him that he is the next target adding that he and other county officials including the paramount chief are currently hiding for safety.

“I heard the shot of RBG propeller followed by exchanges of bullets and when I called the commander of the forces telling him to withdraw, he refused and instead he told me to be ready because I am the next target.

When contacted by telephone, the county paramount chief confirmed, he is not safe following this insecurity and blamed the SSPDF in the area for refusing to withdraw forces from civilian’s settlement.

He called the state government to immediately intervene and restore peace and order in Ikotos so that hundreds of the displaced civilians who have since taken refuge at ST Mathew primary and secondary schools move back to their homes.

According to authority, majority of the displaced people are on their way to Uganda.