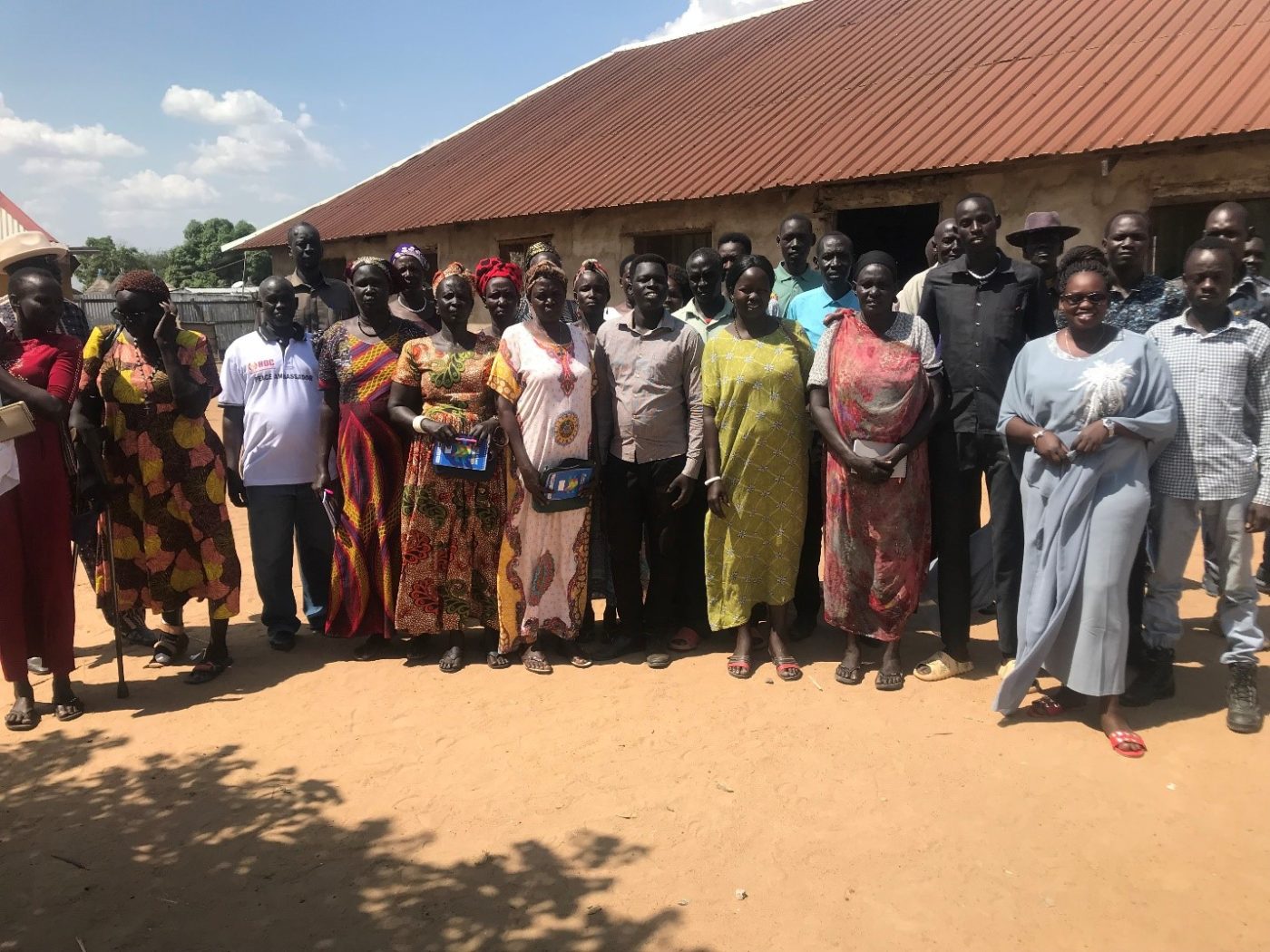 The communities living in the Gumbo-Shirkat area of Rajaf Payam, Central Equatoria State in Juba, and police authorities joined hands on November 29, to discuss the prevention of gender-based violence (GBV) in a move to put an end to the prevalence.

The workshop themed “Together we can end GBV” engaged the stakeholders, namely; faith-based groups, youth, chiefs, and women to interact on ways to curb GBV in the communities. The event was organized by Active Citizen South Sudan (ACSS) in partnership with Deutsche Gesellschaft für Internationale Zusammenarbeit (GIZ).

Speaking during the opening session, Gai Makiew Gai, the project officer for ACSS, said that the role of the community and the police was paramount in ending GBV among the people.

“We believe that the role of every structure in the community is very important in combating the prevalence of GBV. Coordinating with the police, chiefs, women groups, youth groups and faith-based groups will eventually help reduce the occurrence of GBV in the communities,” he explained.

The activist believes the initiative would impact the community and ensure that GBV was eradicated.

“The projection is that after going out from here, the participants would have to influence the entire community members who didn’t have the access to participate in this conversation,” Gai concluded.

About 40 participants drawn from the police, faith-based institutions, women and youth groups took part in the engagement.

Religious leaders and communities play a vital role in identifying key health and social issues in their broader communities and often lead positive, according to faith-based responses to such issues, including GBV.

Joseph Majier Akot, a faith-based representative during the engagement said the religious leaders would now take the lead in the fight against GBV.

“First of all, the church champions peace. So, as far as this initiative is concerned, the church would only need to create awareness on GBV to shape the community,” he said.

“Secondly, the church is a home for all, including the survivors of GBV so, we will fix the information gap such that we can build our community,”

According to Mr. Akot, it was high time for the church to enlighten the locals on the consequences of gender-based violence in the communities.

“We will embark on preaching about the consequences of GBV. People need to also know that the practice is not allowed in the bible,” he noted.

Amer Thon, one of the participants from the women group, said the GBV engagement was necessary for women to champion reporting and advocacy.

“For instance, it gives us the knowledge on how to advocate against the occurrence of GBV. The other one is how to tackle its prevalence in our households,” she said.

Ms. Amer vowed to be a GBV community advocate so that the communities will enjoy more stability.

For his part, 1st Lt Majier Ruben Anyang, a police officer, said the dialogue would strengthen the working relations with the community so that they were able to close the existing gaps.

“It will help the police to identify the crime hotspots which are hidden in the areas. Secondly, the police in collaboration with the civilians would be able to investigate the happenings in the areas,” he stressed.

In South Sudan, about 65 percent of women experience some form of sexual and gender-based violence (SGBV) such as child marriage and rape in their lifetime. Some of these are fueled by the legacy of conflict which the country is still grappling with, according to the media reports.