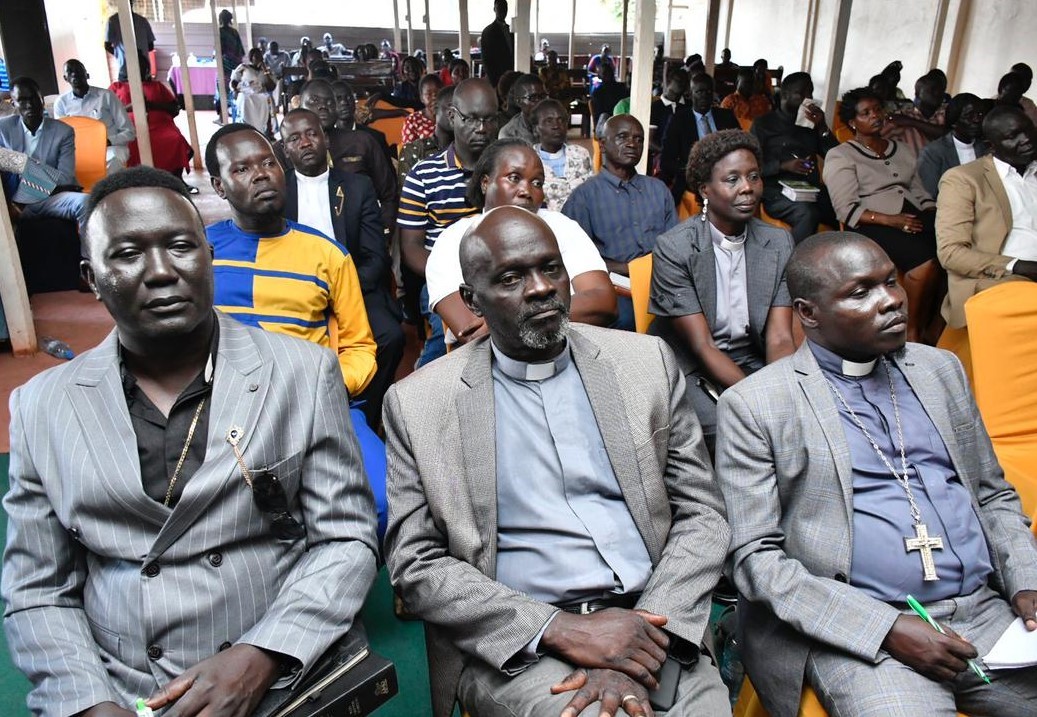 Rev. Capt. Vicky Waraka of Revival and Fire ministry disclosed over the weekend that, the church would achieve total peace that would extend all over the country if believers reconciled amongst themselves.

She fashioned this communication during the closure of the pastors’ network three-day conference on forgiveness and reconciliation.

“We should unite as churches and love each other for us to achieve many things, if we are able to forgive and reconcile, we would really create enormous impact,” said Waraka.

Richard Okello Taban, a pastor from Living word of God church, also the Coordinator of Christians united for South Sudan (CUSS) said the church has powerful influence that can be tapped to reflect on their respective communities.

“the church has a lot of influence in the community, if the church is united, the church will impact the community and teach the community to embrace peaceful means of living and also embark on alternative dispute resolution without recourse to violence,” said Taban.

Relatedly, Henry Oja Gabriel, the pastor of Grace World Church said, the congregation can extend reconciliation as mechanism of dispute resolution in their corresponding communities.

“This conference should enable our leaders and pastors to change for the better as this will reflect on our churches then eventually to our communities,” said Gabriel.

Pr. Oja revealed that there are so many bitterness among South Sudanese including pastors and appealed for forgiveness and reconciliation.

Meanwhile, Christopher Mononye,a pastor from Shekinah Glory chapel said, forgiveness and reconciliation is difficult in South Sudan unless the whole body of Christ begins to act on their  roles as peace makers and mediators  in the country.

“We need to start moving forgiveness and reconciliation forward because we are servants with  congregation from almost every tribe in South Sudan and therefore, we should begin with our flocks to reach the community,” said Mononye

Similarly, John Clement aka John Dababa, a pastor of Episcopal Church of South Sudan said that the essence of the conference is to forge unity and remind South Sudanese leaders and politicians to be blessing not curses to the country.

“The main idea is unity in the church, we want to see the end of evil acts in this country, we are fighting all forms of division and we are determined to break the biases and forge unity,” said Clement.

The three- day conference which started on29th  September 2022 and ended on October 1,2022 from the Living Word of God church under the themes ‘forgiveness and reconciliation brought together over 30 churches and over 200 clerics under the umbrella of Christian united for South Sudan.