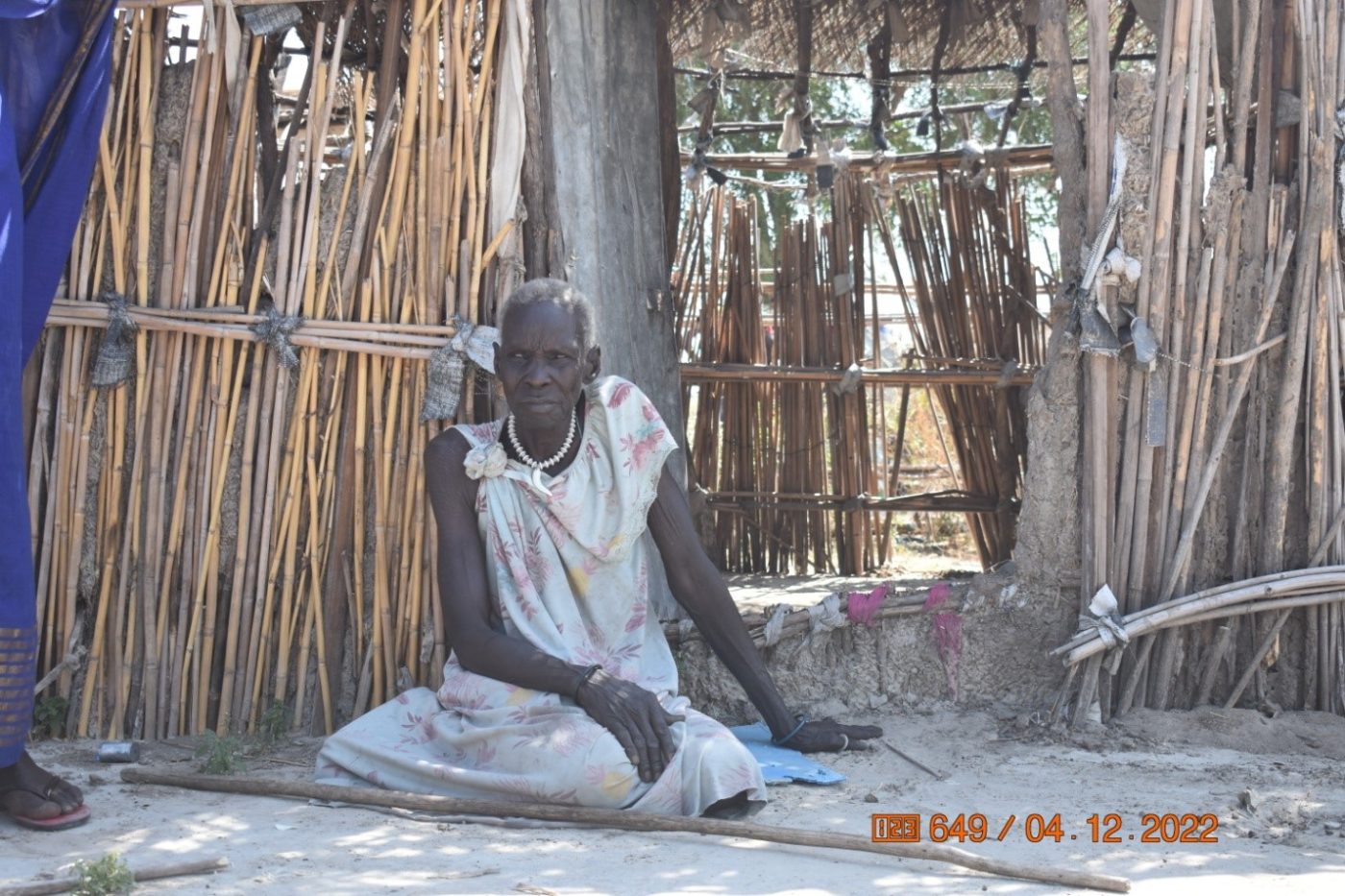 Clashes push residents to the brink of hunger in Jonglei State

Rebecca John a mother of four children  is among thousands of displaced people from recent fighting between rival splinter opposition factions.

She was displaced from Diel Payam of Pigi County in northern Jonglei State in August when the flare up occurred.

John and several of her colleagues from Diel Payam are struggling to find food in the thick bushes, the only option they have is to feed on water lilies.

The Juba Echo reporter visited Diel Payam on Sunday alongside the team from the United Nations Higher Commissioner for Refugees (UNHCR) and saw first-hand the dire humanitarian situation.

“My home was completely burned into ashes with all my properties, I am now homeless,” John said in an interview.

John is among the 14,926 returnees enduring hunger after fleeing their homes during fighting between SPLM/A-in opposition forces led by Gen-Simon Gatwech Dual and his rival Gen. Johnson Olony who commands the Agwelek militia.

John said people are surviving on grounded seeds they boil for a meal.

Weda Jeremiah Chol, a 32-year-old returnee said he lost everything during the conflict.

“The clothes I am wearing I borrowed them from our neighbor,” said Chol who lost everything in his house during the fighting.

Mary a 75 year-old woman said she is living in the cold after her roof was erased down by the violence.

She revealed that currently she is surviving on fruits that fall from trees.

“I am surviving on fruits that fall from trees, I am too old and weak to work and I don’t have anybody to take care of me,” she said.

“I am staying here all by myself, my son got sick and he was taken to Juba for treatment and my other son died. I am lonely here and very sick but there is no one to take me to the hospital,” added Mary.

Maj. Gen Stephen Ganal Manyok, Director for Admin and Finance for SPLA-IO under First Vice President Riek Machar that controls Pigi County, said they had not received any food supply since March.

“Since March up to today (Sunday) we have not received food supply because the road was closed by Agwelek forces in Atar and there is looming hunger in the area,” said Manyok.

He appealed to humanitarian actors to rescue them from hunger.

Arafat Jamal, head of the UNHCR led the team consisting of the United Nations Office for the Coordination of Humanitarian Affairs (UNOCHA), the UN International Organization for Migration (IOM), and Danish Refugee Council (DRC) to Diel Payam.

“We have seen the destruction caused by conflict and we want to show solidarity,” said Jamal during meeting with communities in Diel.

“What we have observed is very worrying, but in South Sudan as a whole we are seeing signs of hope, we have seen in 2018, over 2,000 South Sudanese returned from Uganda, Sudan and other countries,” said Jamal.