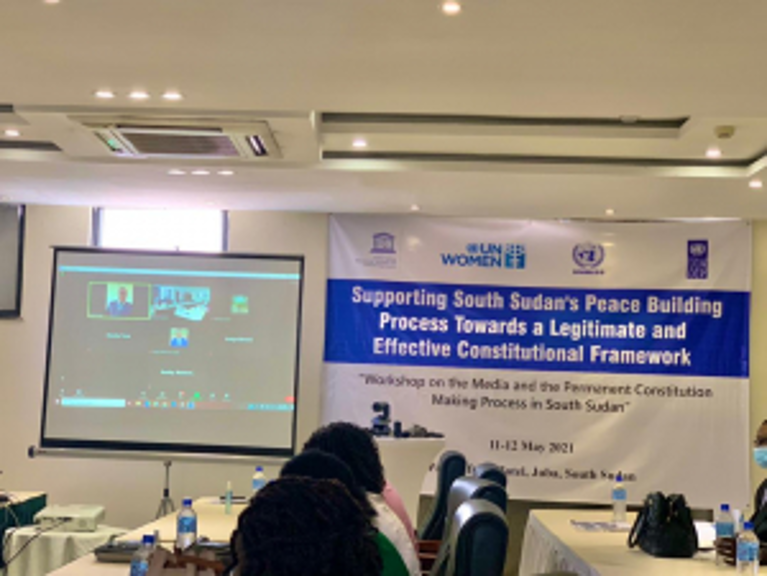 The transitional government of national unity has been urged to expedite the establishment of the Reconstituted National Constitutional Review Commission to pave way for the drafting of a permanent constitution.

This call was made on Monday by the Constitutional Law Association of South Sudan (CLASS) a civil society organization.

“We are left with 27 days to reconstitute the Reconstituted National Constitutional Review Commission (R-NCRC).  Both steps are critically important for the kickoff of the Act’s implementation process,” it said in a statement issued in Juba.

CLASS said the process of drafting the permanent constitution remains far behind schedule.

It added the parties are left with 12 days to present the lists of their respective nominees to the Taskforce which is yet to be formed by the Ministry of Justice.

“We have been monitoring the whole process of the constitution-making process starting with the drafting of the bill to its passage by Parliament, and the subsequent assertion into law by H.E. the President,” it disclosed.

On December 21, 2022, President Kiir assented to four bills after they were passed by the national parliament.

In May 2021, the parties to the 2018 revitalized peace deal launched the Constitutional Making Process.

The Reconstituted National Constitutional Review Commission is to be made up of representatives from the transitional government, political parties, faith-based groups, women and youth groups, CSO groups, academics, people with special needs, and other professionals.