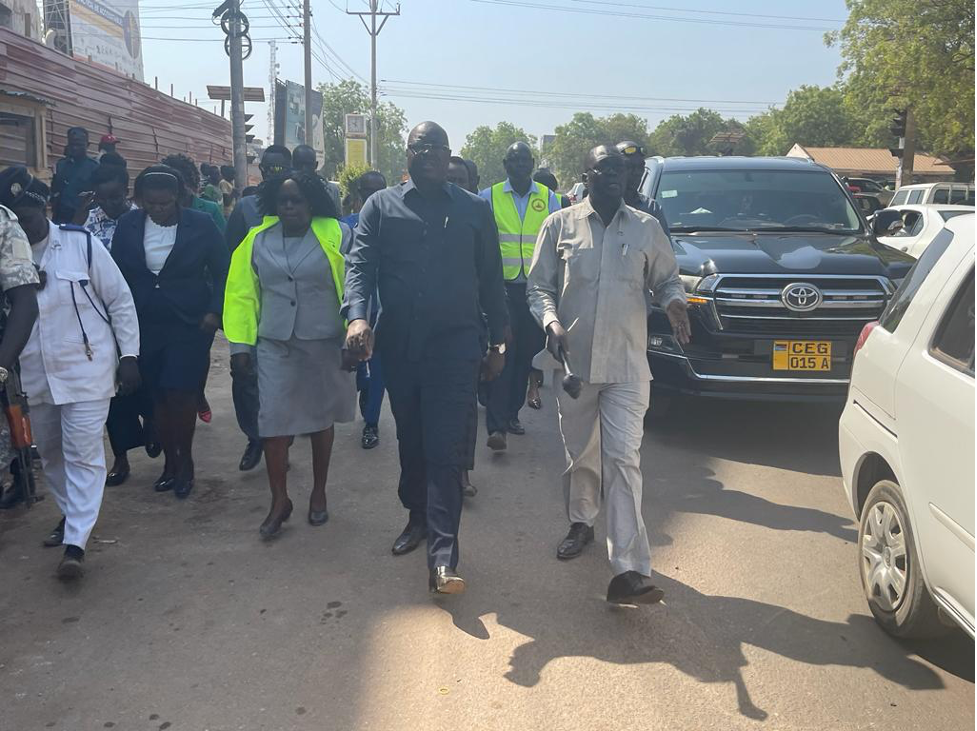 Central Equatoria State Governor Emmanuel Adil Anthony on Wednesday inspected the construction of the road from Kololo Junction to the Vatican Embassy.

Mayor of Juba City Council, Michael Lado Allah-Jabu while accompanying Governor Adil said the road leading to the Vatican Embassy along Juba Na-Bari will be named after His Holiness Pope Francis.

“This road is also going to be named in his (Pop Francis) name and that is why H.E the Governor came here to inspect and see the progress of the work,”   Allah-Jabu told journalists during an inspection on Wednesday.

Allah-Jabu sounded hopeful that the tarmacked road being constructed by the Africa Resource Corperation Company (ARC) will be completed before the coming of Pope Francis to Juba on February 3rd.

Allah-Jabu also appealed to Juba residents to prepare their hearts and minds ahead of the Pope’s visit.

“I am appealing to them to prepare themselves, open their hearts, minds for the blessing that we are going to get,” he said.

According to the Vatican, Pope Francis will travel to DR Congo on January 31st.

He will then come to Juba on the 3rd of February and spend two days alongside the Archbishop of Canterbury and the Moderator of the General Assembly of the Church of Scotland.

The long-awaited visit of the Pontiff was canceled in July last year due to health problems.