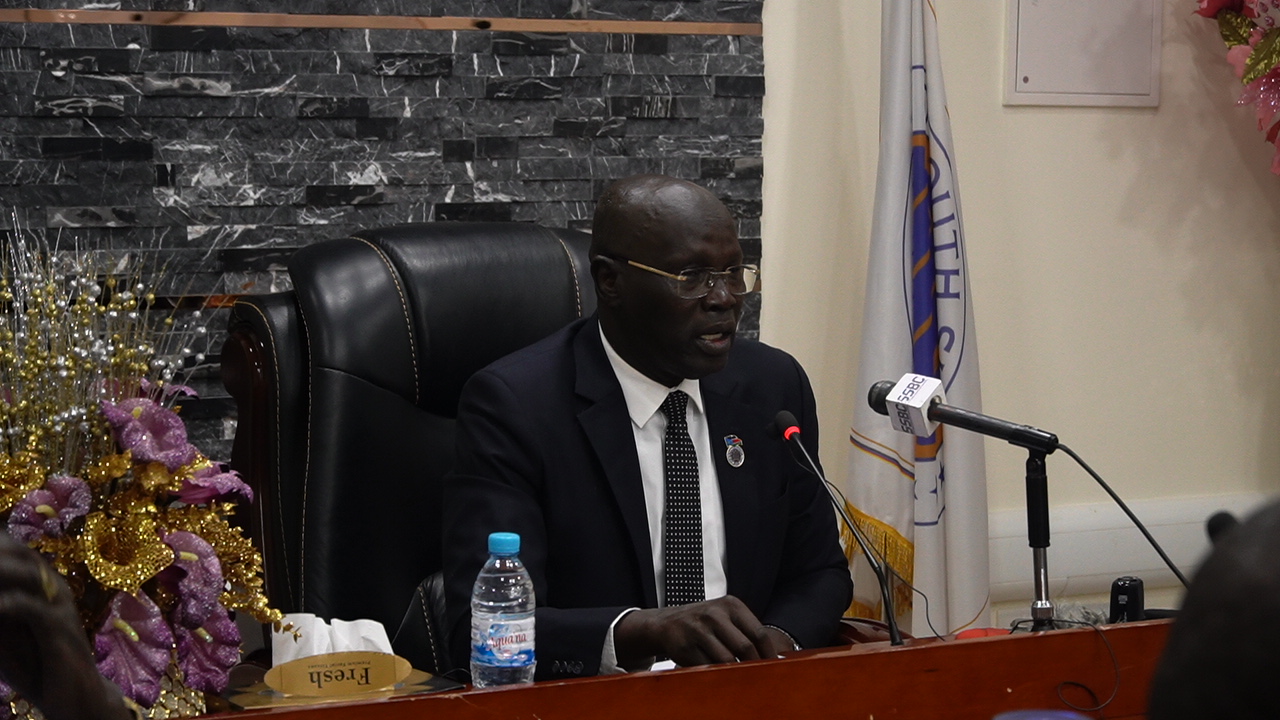 Governor of Bank of South Sudan, Dier Tong Ngor, addressing the media on Tuesday at the premises of the bank in Juba/photo by Juba Echo
Home
Business
Juba Echo·
Business
·2 years ago·1 min read

The Bank of South Sudan is increasing a weekly amount of money it provides to commercial banks and forex from $5 million to $8 million to try and capture excess liquidity in the market, according to Mr. Dier Tong Ngor, the Central Bank’s Governor.

“We felt as a Central Bank that the current trend can be addressed. So we have decided to increase the amount that we are auctioning to the market starting from next week.” Said Ngor on Tuesday during a press conference in Juba.

South Sudan’s apex bank says out of the $8 million, $5 million will go to the commercial banks whereas $3 million goes to the Forex Bureaus.

Mr. Ngor disclosed that the Central Bank has already started to improve its monetary and exchange rate policy.

“The upward movement of the exchange rate in the last few days is something to do with development. Schools are opening up in the East African region, Uganda in particular and because of that there is a demand of foreign currency in order for people to meet the needs of registering their children in schools,” he said

It is normal that exchange rate fluctuates within a reasonable kind of space, added Ngor.

Mr. Ngor stated that there was a need for more dollars in the market. “By increasing the supply by more than 60 percent, we think that we will also capture excess liquidity that we think is outside.” Said Ngor.